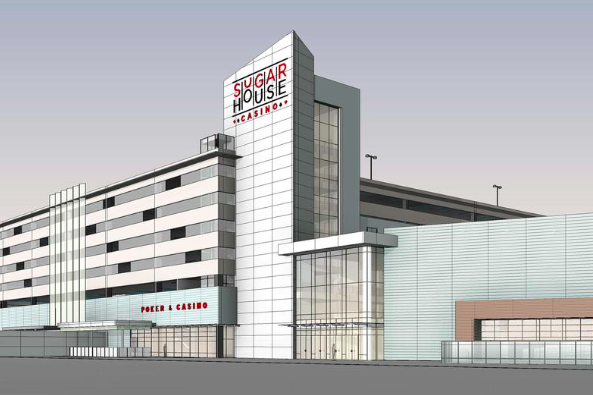 The final steps of a major expansion to the SugarHouse Casino will be recognized Thursday morning with a topping off ceremony to be attended by city officials and members of the gaming industry.

The expansion, which began in July 2014, increases the casino's size from 108,000-square feet to 260,000-square feet, with a new 600,000-square foot parking garage. What can SugarHouse patrons expect from the new space? An additional 44 table games, 289 more slots and 28 extra poker tables, a relatively new facet of the casino experience in Philadelphia, The Philadelphia Business Journal reports.

SugarHouse will increase its nongaming amenities, such as restaurants and a 30,000-square foot event space.

In all, the casino expansion is expected to create approximately 500 new full-time jobs and $1 million in revenue for economic development in Fishtown and surrounding neighborhoods throughout the Penn Treaty Special Services District.