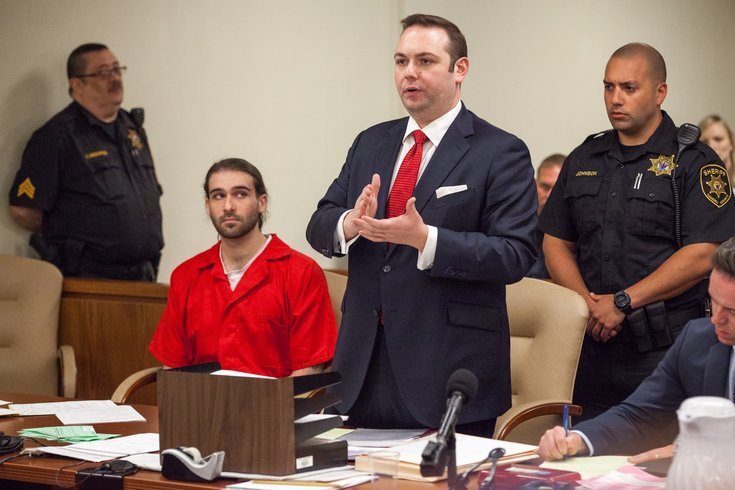 Evidence, including video of David "DJ" Creato's questioning by law enforcement on Oct. 13, 2015, the day his missing son's lifeless body was discovered about a half a mile away from their apartment in Haddon Township, Camden County, was reviewed by a judge June 14. Creato is accused of killing his son and is held on $750,000 bail.

But a delay is again possible.

The homicide case originally was listed for trial last October, but then postponed while Creato's defense lawyer Richard J. Fuschino Jr. consulted with a medical pathologist, whom he never identified.

After reviewing evidence, including a videotape of Creato's questioning by authorities, Camden County Superior Court Judge John T. Kelley determined he would begin the trial in Courtroom 42 on January 9.

While Kelley’s office earlier this week said the case is still listed for Monday, several sources told PhillyVoice further delay is possible. Typically a case would start with any last-minute motions, then jury selection would begin.

Robert English, a spokesman for the the Camden County Prosecutor's Office, said his office as a matter of routine does not comment on pending cases. Fuschino declined comment on Thursday.

Three-year-old Brendan’s body was discovered in a small creek feeding into the Cooper River, near South Park Boulevard and Saginaw Avenue in Cooper River Park on the morning of Oct. 13, 2015.

His father had called Haddon Township police about three hours earlier, reporting his son missing from the second-floor apartment they shared in the Westmont section of town.

While authorities questioned DJ Creato the rest of that day, he was released after sundown, only to be arrested and charged three months later with the murder of his child.

Since then, Creato has remained in Camden County jail, unable to post $750,000 bail. He entered a not guilty plea before the judge last February.

Authorities have alleged DJ Creato murdered his son in order to continue a romantic relationship with a now-former girlfriend.

Three separate autopsies were performed on Brendan Creato’s body, and yet Medical Examiner Dr. Gerald Feigin never pinpointed one precise cause of death. Instead, he ruled the boy had died from “homicide of unknown etiology,” an unusual determination most frequently used in body decomposition cases.

Fuschino, a Philadelphia lawyer, has so far focused his attack of the prosecution's case primarily on Feigin and his office, which serves, Camden, Gloucester and Salem counties.