Truck crashes, catches fire on I-476 SB near Broomall

Traffic reduced to one lane along southbound shoulder 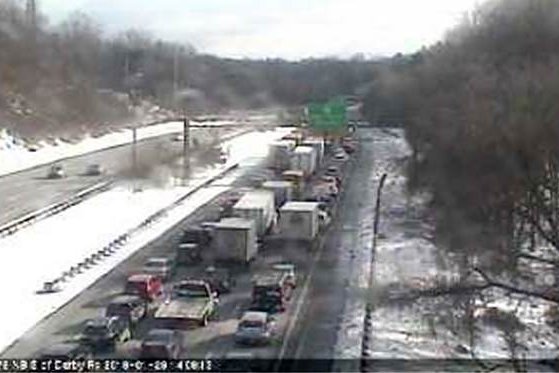 Traffic on southbound I-476 is backed up after a truck fire near the Broomall exit on Wednesday afternoon.

Authorities responded to a truck crash Friday afternoon on I-476 southbound near Broomall that shut down all but one lane along the shoulder, officials said.

Details of the crash and the condition of those involved were not immediately clear, according to 6ABC.

A witness posted an image of the wreckage in which the truck, which reportedly caught fire, can be seen wedged against the center median. Debris was observed in the shoulder of the northbound lane.

The extent of traffic delays is not yet known.