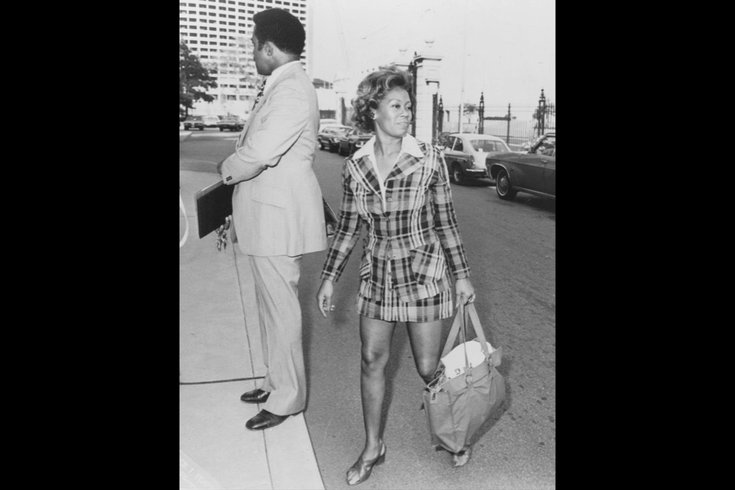 Haynes joined CBS3 in 1965 and remained there until her retirement in 1999. Over the course of her career, she interviewed icons like Martin Luther King Jr., former President Lyndon Johnson and former first lady Jacqueline Kennedy Onassis. She also interviewed several Philadelphia mayors and Pennsylvania governors.

Haynes began her career in Detroit in 1963, becoming the first Black weather reporter in the United States. Before this, Haynes worked at Michigan's WCHB, one of the first Black-owned radio stations in the country.

"When they say you're the first, that puts a lot of responsibility on your shoulders," Haynes said in a Black History Month interview with CBS3 last year. "I gotta be good. Unless you just don't give a damn."

One of her beats was show business and celebrity gossip, which Haynes explored through her segment "Trudy's Grapevine." This gave her the opportunity to interview the likes of Sylvester Stallone, Denzel Washington and Tupac Shakur.

In reporting Haynes' death, CBS3 reporter Janelle Burrell called her "the definition of class and grace and our very own legend here at Eyewitness News. She was kind, humble, witty and known for always being a firecracker."

Remembering Trudy Haynes🤍 For those who knew her and loved her, it is her spirit that we'll miss most. Trudy Haynes, a pioneer, an inspiration, and our friend.@BurrellTV reportshttps://t.co/8QBKPAS3Sc

On Twitter, journalists and others who had crossed paths with Haynes mourned her death. She was a role model to many in the industry.

"Trudy lived a life that broke barriers for Black journalists, women, and anyone who dreamed they could make it," the Philadelphia Society of Black Journalists tweeted.

"She made history that not only charged the media industry in Philadelphia, but ushered in a new generation of diverse journalists in America."

Philadelphia Association of Black Journalists is saddened by the recent news that Broadcast legend Trudy Haynes has passed this morning at 95 years old.

We're not mourning, but will continue celebrating her trailblazing life and legacy. ❤️ pic.twitter.com/yl8zHSaKQt

After graduating, she modeled for Ophelia DeVore, a trailblazing African American model and agent. DeVore was one of the first agents who promoted Black models and marketed to non-white consumers.

In 1990, Haynes started a scholarship that provides financial aid to students pursuing degrees in journalism or communications.

After retiring from CBS, Haynes continued to work in the TV industry. Starting in 2012, she had her own program, "The Trudy Haynes Show." She also volunteered with PhillyCAM, the nonprofit that operates Philly's public access television network.