On Twitter, Philly fireball has people thinking of 'Chernobyl'

'Philly loved HBO's 'Chernobyl' so much that they tried to do their own rendition,' one tweeted 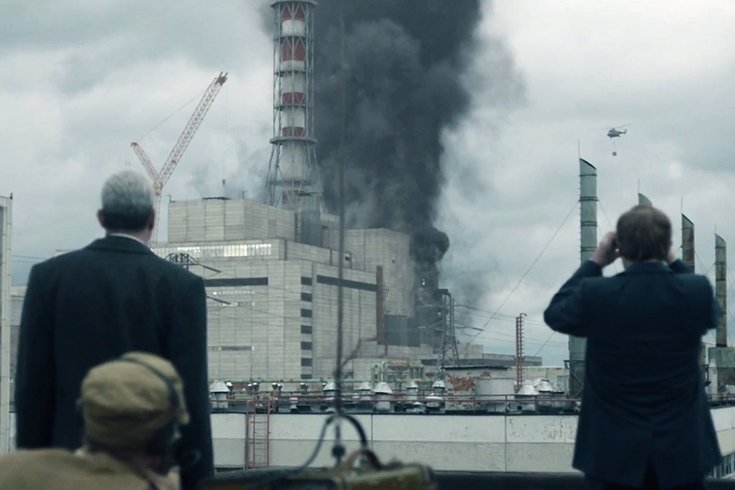 A scene from "Chernobyl," the miniseries by HBO.

When a vat of butane exploded early Friday morning at an oil refinery in Philadelphia, images of the immense fireball reminded many of "Chernobyl."

Not so much the catastrophic nuclear accident that occurred April 26, 1986 at the Chernobyl Nuclear Power Plant in Ukraine, but the powerful and haunting HBO miniseries that masterfully dramatizes the story of the biggest manmade disaster in history.

Starring Jared Harris, Stellan Skarsgård and Emily Watson, the critically-acclaimed production highlights the sacrifices by everyday citizens that helped save Europe from catastrophe. It premiered May 6 in the United States, and many viewers who caught on late have just recently finished watching the five-episode series or are currently midstream.

The nuclear accident was precipitated by a devastating and destructive steam explosion that ripped open the core of Reactor No. 4 and resulted in a fire that burned hot for nine days, spewing radioactive contamination into the atmosphere.

On Friday morning, as images of the fiery Philadelphia blast were playing on social media and local television, many were thinking about the haunting images of "Chernobyl," and took to Twitter to share their reactions – some serious, many others humorous – to the news.

One meme even characterized the refinery explosion as "Jawnobyl."

So i wake up and the first thing I see is that a massive explosion had taken place at the refineries in SW Philly. That would not be half as worrying to me had I not watched chernobyl in the last month

Refinery fire in Philly. My mind went straight for what happened at Chernobyl 😩😩😩

....but then I realized a nuclear plant and refinery aren’t the same 🤦‍♂️

Me after watching Chernobyl and then seeing what is happening in Philly pic.twitter.com/pW8yrdOQYs

Philly loved HBO's Chernobyl so much that they tried to do their own rendition https://t.co/bB9i6jZ2SS

The people in Philly already look like they’ve been through a Chernobyl disaster, hope this doesn’t make it any worse https://t.co/UnaELQ5zRZ

I watched one little mini series on Chernobyl and now I’m up here asking Amanda how many kilometers we are from Philly.

Didn't you see the news? Philly's gone they Chernobyl'd it smh

Holy fuck, that video of the refinery exploding in Philly this morning is giving me Chernobyl flashbacks. Hope everyone is safe down there