Gritty turns 1 and throws himself a surprise birthday party

The internet is having a field day the Flyers' mascot's special day, who debuted last year on Sept. 24 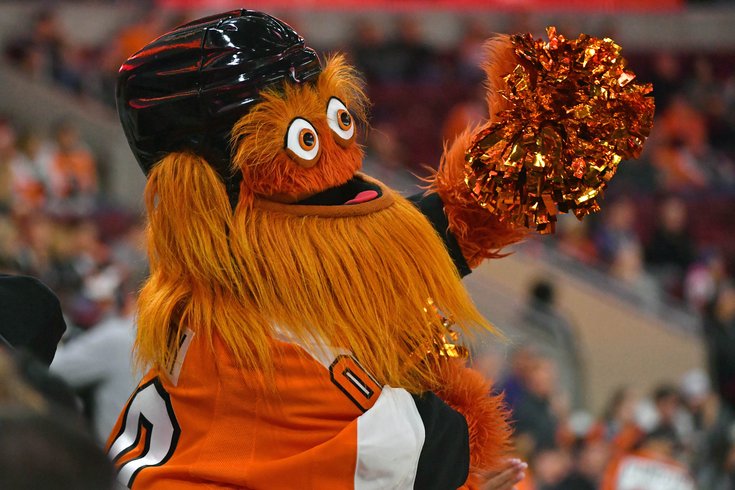 Gritty debuted at the Wells Fargo Center on Sept. 24, 2018. The Flyers mascot celebrated his birthday by throwing his own surprise party and asking for a lot of gifts.

It's been a full year — and what a glorious year, at that — since Gritty came into our lives. The Flyers mascot has had quite the year, from being birthed into a flurry of criticism to soon becoming a Philadelphia treasure.

The hairy orange muppet first appeared to the world on Sept. 24, 2018 — and this one-year-old is ready to celebrate heck out of his birthday. On Monday night, Gritty tweeted his decree that his birthday will now be known as "National Gritty Day," and like any Libra worth their salt, expects fancy gifts and adoration.

He specifically does not want anything he already has – so make sure you actually do your research and put effort into this gift, because, obvi, Gritty deserves the best.

In fact, Gritty's special day is so special the googly-eyed creature celebrated his birthday by throwing himself his own surprise party. He decorated his office, the way he wanted it done with balloons and birthday paraphernalia, left, and then immediately came back in "shocked" — and it's the best.

Gritty throwing his own surprise party is the self love energy I’m trying to have in 2020 https://t.co/qs3WM4teVI

Many fans took to Twitter to wish Gritty a happy birthday and to celebrate this day that has been blessed by the Flyers marketing team for gifting us with the hero we didn't know we needed.

Can anyone seriously believe we've only had Gritty in our lives for one year?

It's as if he's always been there, in our collective subconscious. pic.twitter.com/LQ0rwbcbdR

Gritty has brought Philadelphia a lot of joy this past year. From literally coming in like a wrecking ball, descending from the rafters of the Wells Fargo Center to meeting his own mini me, we can all agree this mascot has brought in lots of brotherly love. We stan this Philly legend.

One year ago today, the world got Grittier....HBD to @GrittyNHL! pic.twitter.com/iGTh1kZDnl