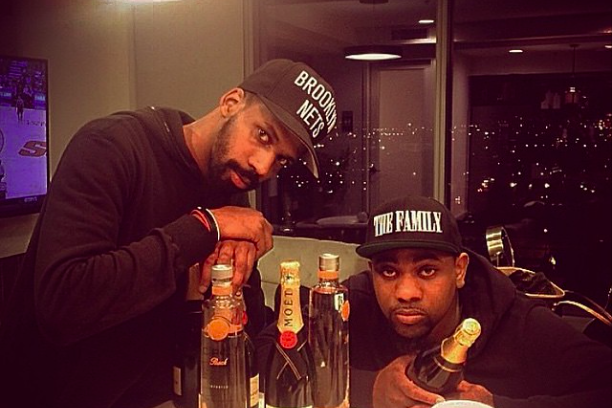 "Unbelievable. Eric (on the right) is recovering. Another senseless act of violence that took the life of a great guy. So sad," Nicki Minaj wrote on her Instagram after two members of her team were stabbed in a Philly bar fight.

Police have arrested one of the men allegedly involved in the fatal stabbing of a member of Nicki Minaj's tour group, NBC 10 reports.

Police say the 31-year-old was involved in a fight that led to the stabbing early Wednesday morning of employees of female rap star Nicki Minaj. The stabbing left one man dead and another in the hospital.

6abc reports that Boykin is from the 1300 block of East Sedgwick Avenue and has been charged with Attempted Murder, Aggravated Assault, Terroristic Threats, Simple Assault, and related offenses.

The argument, which began around 2 a.m. inside Che Bar & Grill along Stenton Avenue near the border of Philadelphia’s West Oak Lane and East Mt. Airy neighborhoods, soon spread outside the bar.

Police said De'Von Pickett, 29, was pronounced dead at Albert Einstein Medical Center. The second victim was Eric Parker, 27, who suffered multiple stab wounds to his left arm and side. Parker remained hospitalized in fair condition late last week and is expected to survive.

Sources close to the investigation said an argument over a woman ultimately led to the stabbings.

Minaj tweeted to her nearly 19 million followers late Wednesday morning that the victims of the stabbing were in Philly to rehearse for her "Pinkprint Tour," which begins next month in Sweden.

Two members of my team were stabbed last night in Philly. One was killed. They had only been there for two days rehearsing for the tour.

Minaj also Instagrammed a photo of the victims, in which she identified one as Parker.

"Another senseless act of violence that took the life of a great guy. So sad," Minaj wrote on Instagram.

Pickett is well-known in the music industry for branding and public relations.

Two cameras — a police camera and another belonging to a local business — captured at least part of the incident on film.

Philadelphia Police said they are interviewing persons of interest in connection with the case and more arrests could be made. Police Capt. James Clark told NBC10 he believes they have identified all of the participants.

The City of Philadelphia offered a $20,000 reward for an arrest and conviction.