Two pups saved after photo of them 'hugging' goes viral 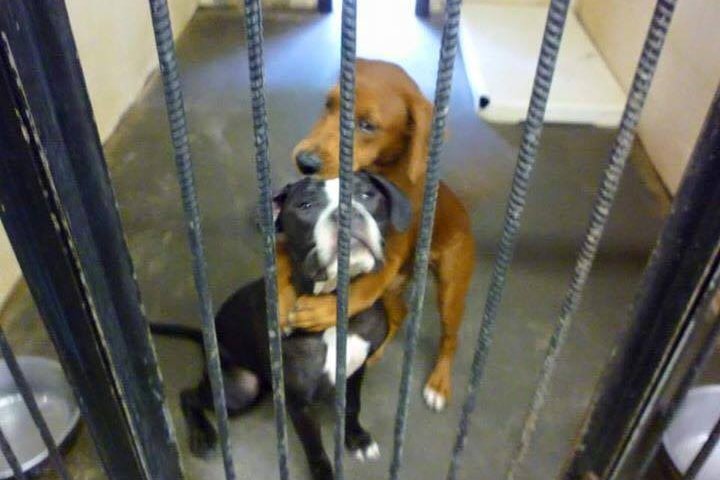 This viral photo saved the lives of the two adorable dogs.

A photo of two dogs 'hugging' saved their lives from euthanasia when it quickly went viral on social media this week.

Angels Among Us Pet Rescue posted the photo, which they received from Malena Evans at an animal shelter in Atlanta, on their Facebook page.

Accompanying the photo was a plea for help from one of the dogs:

"I'm Kala. This is Keira. We're so scared in here," the Facebook post read. "The people working in the shelters see how scared we are but just told each other that today is our deadline. We have to have someone rescue us or we'll be 'next.'"

The post received more than 21,000 likes and 11,000 shares. The photo spread like wildfire, and just over two hours later, the dogs had been saved.

"Exactly 2 hours and 6 minutes. That's how long it took this amazing community of animals lovers to come together to save the lives of two canine friends," the updated post read. "We just received word from our Angels volunteer that Kala and Keira are safely in the car and on their way to a vet-all thanks to you."

Angels Among Us posted an update Tuesday that included a photo of the pups with their foster volunteer. 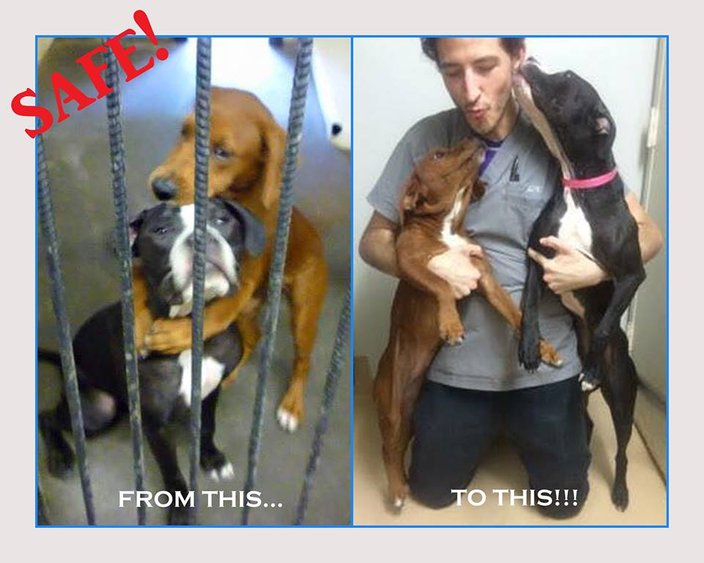 According to the update on the original post, Kala and Keira are in a foster home but have not yet been adopted.