Artur Samarin, 23, is being held at Dauphin County prison on $250,000 bail on charges of identity theft, sexual assault and corruption of minors 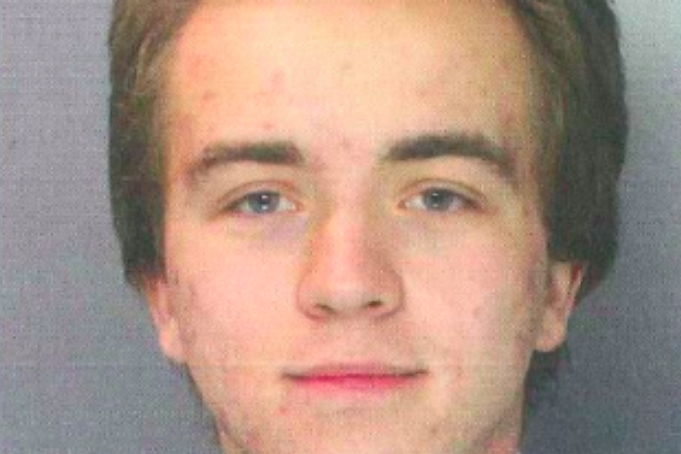 An attorney representing Artur Samarin, the 23-year-old Ukrainian man who posed as a teenager at a Pennsylvania high school – drawing praise for his academic promise and community service – has asked a Dauphin County judge to reduce his client's bail from $240,000 to $50,000 following his arrest on Feb. 23.

Samarin's bail was initially set at $20,000 when he was first charged with identity theft, but prosecutors added charges of statutory sexual assault and corruption of minors after Samarin allegedly acknowledged having a sexual relationship with a 15-year-old girl when he was 22, according to Fox 43.

Posing as Asher Potts, Samarin became an honors student at Harrisburg High School and had joined the ROTC in addition to participating routinely in community service activities.

According to police, Samarin's visa expired in March 2013, when he had nearly completed his freshman year. His first set of adoptive parents in the United States, Michael and Stephayne Potts, have come under the scrutiny of federal investigators after Samarin, speaking from prison, told Harrisburg station WHTM-TV that the couple used his immigration status to blackmail him into performing household work for them, up to and including Stephayne's homework.

Samarin explained that he came to the United States with the blessing of his family to find a better life.

“Ukrainian people were starving, [including] my family. My mother, my grandfather, and my grandma, they put their last money for me to come here and they told me: ‘We wish you well. Do your best, man. Do it for all of us’," Samarin said.

Adam Klein, Samarin's lawyer, says he believes his client's intentions were pure and that Samarin sought to achieve the "American dream" coveted by most immigrants to the United States, according to WPVI in Harrisburg.

After about four years with the Potts family, Samarin spent some time in a shelter until another family in neighboring Middletown took him in. At that point, he worked at a local grocery store and took college-level classes at night.

Corky Goldstein, the attorney representing the Potts family, says his clients initially contacted the FBI about Samarin months ago, though he declined to reveal their motivation for doing so. The family has denied Samarin's claims that he was compelled to work for them. They also denied any awareness that he had sex with an underage girl.

A decision on the requested bail reduction is expected to be made by the Court of Common Pleas in Dauphin County some time in the next week.