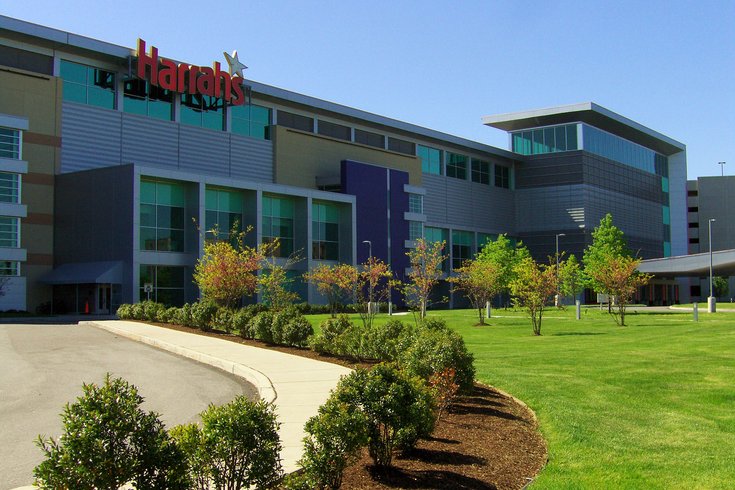 A 59-year-old Upper Darby woman was robbed of her casino winnings totaling $6,992 after being followed home from Harrah’s Philadelphia Casino in Chester.

But the alleged robber was arrested and the victim's cash has been recovered, police said.

Gary Taylor, 35, of the first block of West Logan Street in Philadelphia, was stopped in the Secane section of Upper Darby, shortly after the victim placed a 911 call at about 10 p.m. Saturday. When the Taylor was captured, police allegedly recovered the wad of money hidden in the crotch of his pants, Upper Darby Police Superintendent Michael Chitwood said.

“The woman won over $6,900 at the casino and was followed home,” Chitwood said. “(Taylor allegedly) grabbed her, he pushed and grabbed her handbag and fled.”

"Obviously, he followed her from the casino to her home. This is not the first time this has happened. She’s lucky he only pushed her down and shoved her and didn’t kill her.” – Upper Darby Police Superintendent Michael Chitwood

According to Chitwood, the woman went to Harrah's alone, won the money and left the casino alone. On her way home, she stopped at the grocery store, and Chitwood said she was carrying bags of groceries into her house when Taylor allegedly approached her, took her handbag and fled.

“Clifton Heights Police Sgt. Robert McCaughan stopped the vehicle (a 2002 gold Volvo) on Baltimore Avenue after the 911 call went out on the air. When he approached to ask for driver identification, the officer noticed a handbag on the floor and the driver took off. There was a brief car chase until the [suspect drove] down Fourth Street, a dead-end street."

After another brief chase on foot, Taylor was apprehended by multiple officers from the Upper Darby and Clifton Heights departments, Chitwood said.

At Upper Darby police headquarters members of the criminal investigation division recovered 66 $100 bills, four $20 bills, one $10 bill and two $1 bills from inside the crotch of Taylor's pants, police reports said.

Taylor is charged with robbery, simple assault, theft, fleeing or attempting to elude police and related offenses. He remains in jail in lieu of posting bail.

Chitwood said he is disappointed Harrah's paid the woman her gambling winnings in cash instead of a check.

“These [robbers] are watching,” Chitwood said of the robbers. “All [the casino operators] are doing is creating a forum for these bums to steal, rob and pillage. Obviously, he followed her from the casino to her home. This is not the first time this has happened. She’s lucky he only pushed her down and shoved her and didn’t kill her.”

Officials from Harrah's Philadelphia Casino and Racetrack could not immediately be reached for comment.

Chitwood noted Taylor has a lengthy criminal record and is also wanted for parole violation.