Famed venue had its own subway stop few knew about 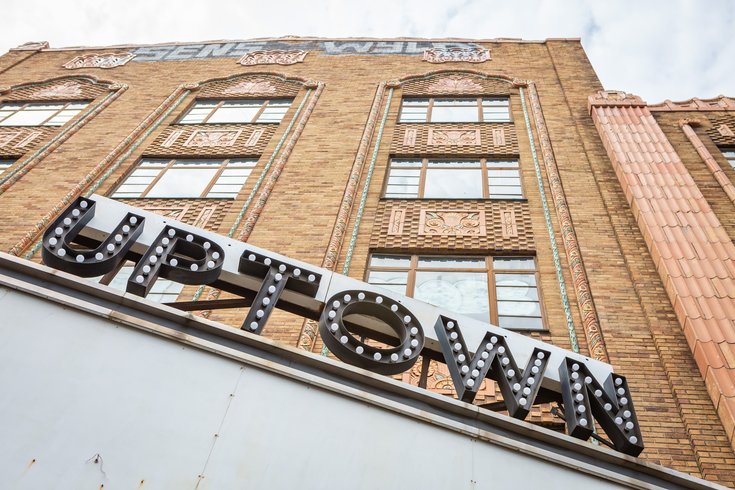 After helping rhythm and blues stars like Patti LaBelle grow, the Uptown Theater is finally about to get its own shine.

The Uptown Theater closed as a venue in 1978, but a $10 million fundraising effort is pushing forward with a goal of reopening the entertainment palace by fall 2020. 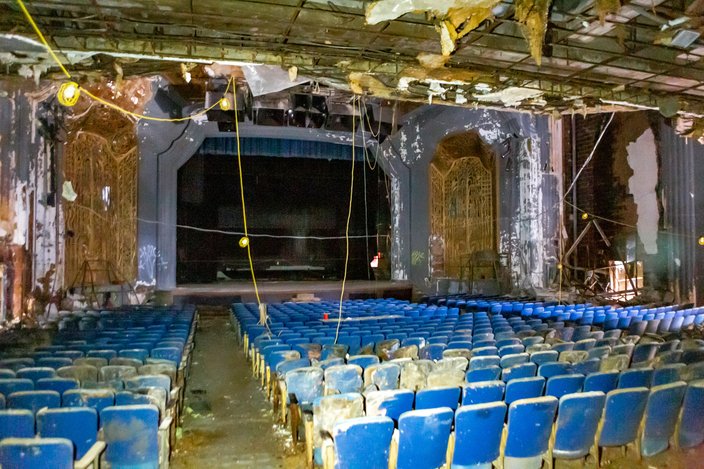 The interior of the Uptown Theater at 2240 N. Broad Street.

“Our goal is to open the Uptown in installments,” said Linda Richardson, president of the Uptown Entertainment and Development Corporation.

“The Uptown is historic, so there is some historic preservation that has to occur, which means keeping some of the things in the building at the level they were at or close to in 1927," Richardson said.

With ticket lines in its heyday that went around the block, the Uptown Theater was a sobering reflection of the community of color that it served.

“The Uptown and its performers came at a time when there were not a lot of amenities, so many of the stars in the early days were not able to go downtown and eat and the restaurant scene was very different back then,” Richardson said. “It was quasi-segregated, so a lady in the back of the Uptown used to sell dinners and all of the stars would go and get dinners from her. Her name was Miss Pearl.” 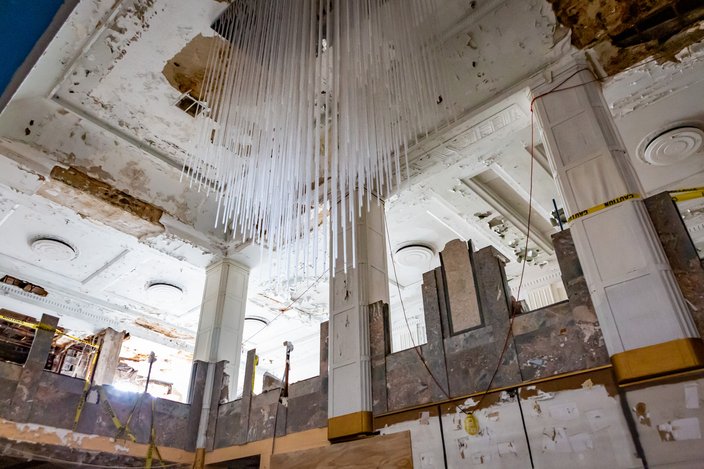 A chandelier hangs above the lobby of the Uptown Theater.

Fortunately for the Uptown’s patrons, the theater had a consistent stream of top rhythm and blues acts during its heyday. “We have a lot of older musicians that got their start here that come in and reminisce about their time at the Uptown,” Richardson said. “One time someone was doing a film on Patti LaBelle so she came in and told us how in between shows she would heat up hot dogs with the lamp in the dressing room. That’s how she ate. There are a lot of personal stories that people have.” 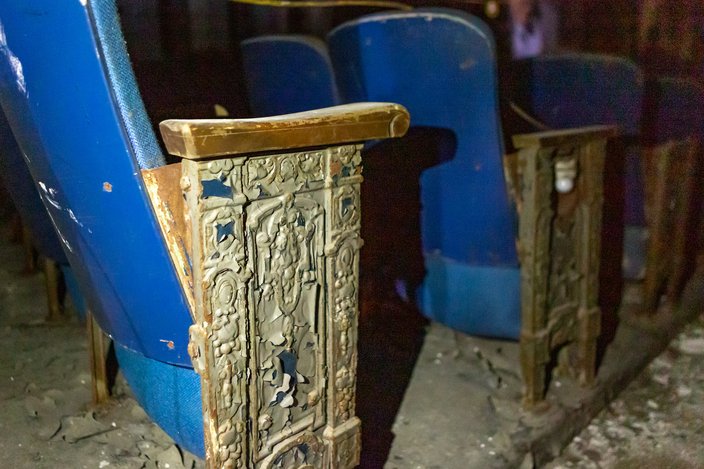 Peeling paint on one of the over-2,000 seats in North Philadelphia's Uptown Theater gives a view into the theater's past.

In addition to a rich legacy of hosting top music acts, the Uptown has the distinction of being one of only three private buildings in Philadelphia with its own subway stop.

“A couple of years ago, Verizon called and said they were doing re-cabling and that there were actually some livewires underneath our building,” Richardson. “I asked if they could open up the door so we could investigate and found that The Uptown had a subway stop underground that people could take northbound and come up into the Uptown. We contacted SEPTA and they had no record of a subway being underneath the Uptown, so we called one of our members involved with the SEPTA community board. We found an engineer that had the old plans, so we copied them and gave them to SEPTA..” 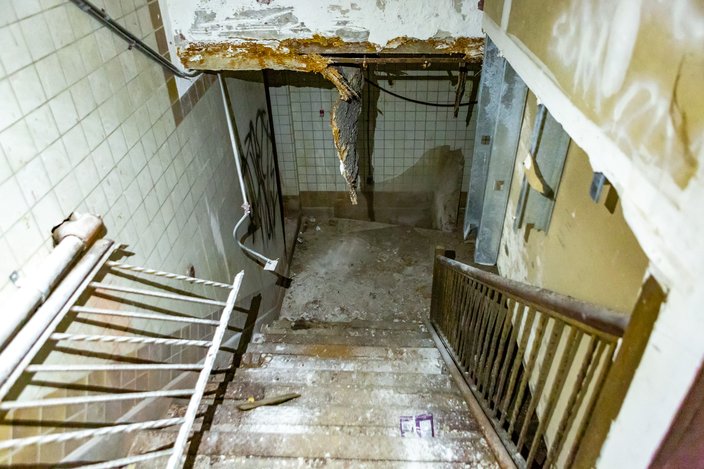 A recently-re-discovered stairwell in the Uptown Theater leads to a subway stop on the Broad Street line that specifically serviced the theater. 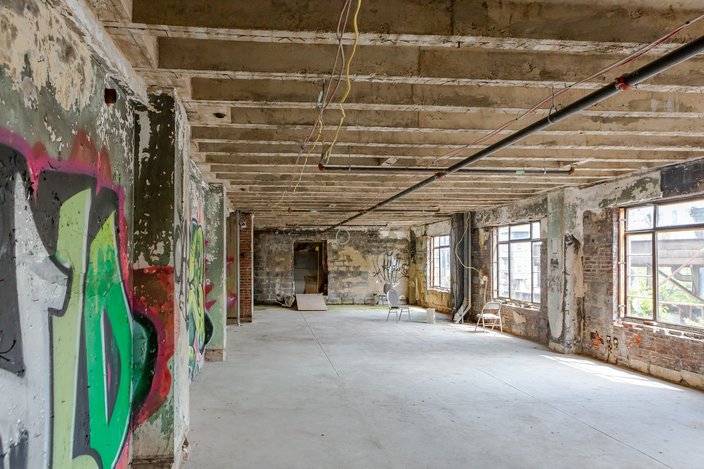 A second-floor room in the Uptown Theater is part of the first-phase of the building's refurbishment.

Richardson is hopeful that the Uptown can help a new generation of creatives forge the same memories that stars like Patti LaBelle had. “We want to make it so that younger performers and producers can have their stories to tell and have a way to make money and become well known.”