Bars in Philly throwing watch parties for USA vs. Qatar in the 2021 CONCACAF Gold Cup 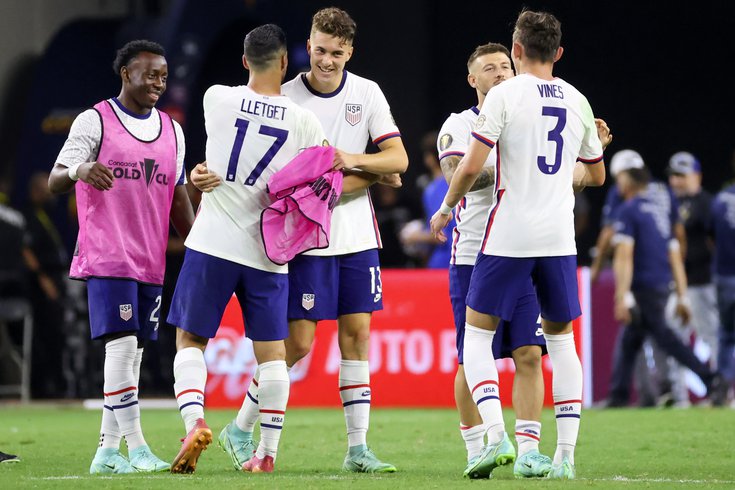 United States forward Matthew Hoppe (13) and midfielder Sabastian Lletget (17) celebrate after the team's victory against Jamaica in a CONCACAF Gold Cup quarterfinal soccer match at AT&T Stadium. Coming up on July 29, USA will play against Qatar.

It's a big week for soccer fans, National Soccer Day is celebrated July 28 and there's a must-watch game coming up on July 29.

The United States men's national team have reached the semifinals of the 2021 CONCACAF Gold Cup. At 7:30 p.m. on Thursday, it will be USA vs. Qatar at Q2 Stadium in Austin, Texas.

Qatar is an invited guest from the Asian Football Confederation and the host of the 2022 FIFA World Cup.

Philadelphia Soccer 2026, the organization spearheading Philadelphia's bid for the 2026 World Cup, is celebrating the Gold Cup tournament with promotions at soccer bars across the city – you could go home with a soccer scarf and pint glasses.

The game should be a tough matchup tomorrow night in Texas, making it appointment TV for soccer fans. The winner heads to Las Vegas for the final on Sunday.