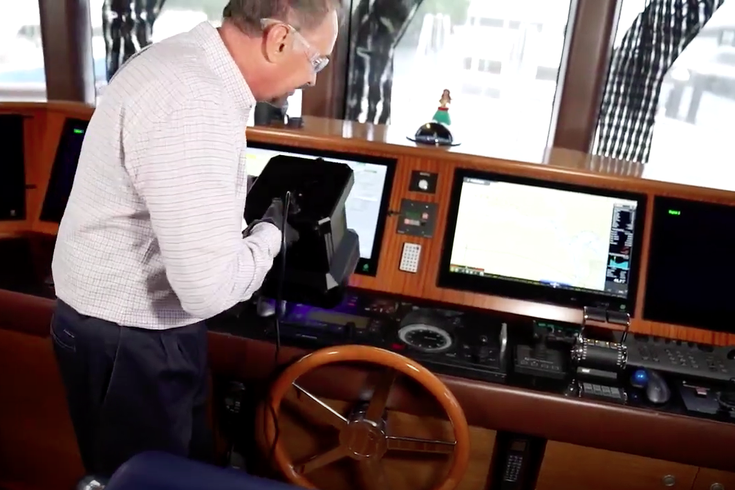 The Platinum Group, a Delaware County-based company, has developed a UVC device, dubbed The Hurricane, that can kill harmful pathogens within seconds.

The Hurricane was developed by The Platinum Group, a Delaware County-based company that says the 11-pound device can destroy harmful pathogens in a matter of seconds.

By pumping out 900 watts of ultraviolet-C light, the device can kill the coronavirus in "less than a second," Platinum Group co-founder Bob Weeks told CBS Philly.

"It renders ... the DNA in the microorganism useless," said Weeks, Platinum's president of sales and marketing. "It scrambles the DNA. COVID is technically still there, but it has no power."

The Hurricane is in its final prototype. It is on the market for commercial buyers and consumers — though one unit costs about $18,000.

The Platinum Group developed The Hurricane at the request of a multi-national aviation company seeking a smaller UVC device for disinfectant purposes, the Delaware County Daily Times reported.

The technology could be a game changer for major airlines seeking to expedite the cleaning process between flights. Tests indicate The Hurricane could sanitize a Boeing 747 within 12 minutes, Platinum co-founder Ken Cage told the newspaper.

Last December, The Federal Aviation Administration warned that long-term use of liquid disinfectants could be linked to the corrosion of electronics, seatbelts and windows on board aircrafts. Airlines such as JetBlue have picked up UV cleaning to combat those effects.

Weeks claims the device is safer than water-based disinfectants and won't damage surfaces or leave residue.

The Food and Drug Administration says UVC radiation is a known disinfectant for air, water and nonporous surfaces. However, there is limited published data about the wavelength, dose and duration of UVC radiation required to inactivate the coronavirus.

The FDA also notes UVC radiation only can inactivate a virus if it is directly exposed to the radiation. Soil, dust and other contaminants may block the radiation.

Weeks and Cage, who both graduated from Sun Valley High School, have worked in the plane and boat repossession business. They joined forces with Mike Bernhardt and Derek Hutchinson to create The Hurricane.

Bernhardt had worked in manufacturing research development in the oil industry since the 1980s.

"He took an existing technology and expanded upon it," Weeks told the Daily Times. "He said, 'I can make this light better, lighter.'"