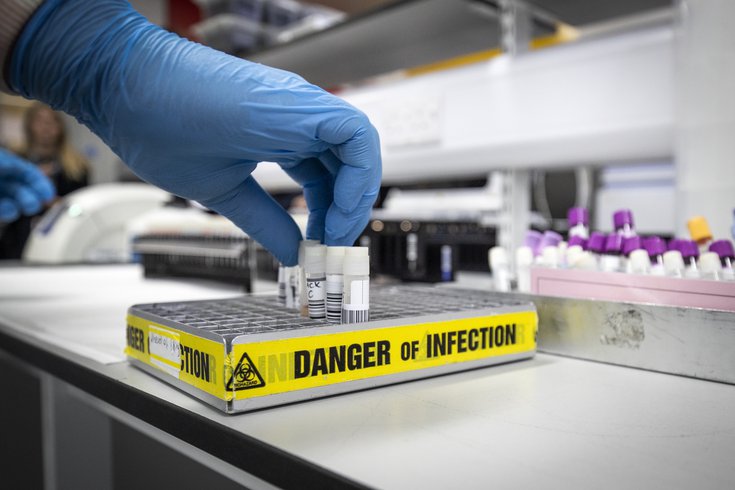 New COVID-19 variants first discovered in California and New York are raising concerns among scientists who fear they could derail progress made against the coronavirus.

Coronavirus variants primarily spreading in New York and California have some scientists concerned that they may be more contagious or resistant to vaccines.

One of the variants, called B.1.526, has been circulating in New York City and elsewhere in the Northeast since late November.

One version of the variant carries the same worrisome mutation, E484K, as the South African variant that has rendered COVID-19 vaccines less effective, according to a study by the California Institute of Technology. Another contains a different mutation, S477N, that effects its ability to bind with cells.

Detection rates of variants containing the E484K mutation have increased by an "alarming" 12.3% in the last two weeks, according to a study by at Columbia University. Most of those variants have been B.1.526.

"A concern is that it might be beginning to overtake other strains, just like the UK and South African variants," Dr. David Ho, who led the Columbia research team, told CNN in an email. "However, we don't have enough data to firm up this point now."

Both studies have yet to be peer-reviewed.

The New York and California variants have gained traction as COVID-19 cases have fallen precipitously and vaccinations continue to increase. It remains to be seen whether the variants will derail that progress.

Like other the variants first detected in the United Kingdom and South Africa, the U.S. variants only can be tracked by genetic testing. This process is expensive and laborious, which limits scientists' ability to provide a more accurate account of the variants' actual spread.

The California variant, which is actually two similar variants referred to as B.1.427/B.1.429, likely has been spreading since last summer. More than 1,800 cases have been identified in California, but they have risen exponentially within the last weeks.

At the end of January, the variant accounted for half of the California case samples gene-sequenced by researchers at the University of California, San Francisco, showing its increased dominance. At the beginning of September, the researchers had found no signs of it.

The UCSF researchers predict the variant likely will make up 90% of California's cases by the end of February due to its ability to be more easily transmitted between people, the Los Angeles Times reported. Their study, which has yet to be peer reviewed, will be posted to the preprint forum MedRxiv.

Dr. Charles Chiu, an infectious disease doctor who led the UCSF research, said the variant is 19% to 24% more contagious than the predominant form that spread in California early last fall. An analysis of viral samples found people who were infected with the variant had viral loads that were twice as high.

The variant contains a mutation, L452R, that makes it 40% more effective at infecting lung tissue, according to lab tests. And scientists found evidence that suggests that variant may be more virulent.

In studying the medical records of 308 people in San Fransisco, researchers found people who had contracted the California variant were more likely to be hospitalized and die. But the small sample size — there were just 12 deaths — means it could be a statistical anomaly.

"This variant is concerning because our data shows that it is more contagious, more likely to be associated with severe illness, and at least partially resistant to neutralizing antibodies," Chiu told Science.

But not all scientists are convinced the California variant is poised to become a major threat.

Though the variant has been detected in at least 45 states and several countries, it does not appear to have spread rapidly outside of California. That's unlike the U.K. variant, B.1.1.7., which has quickly spread upon reaching any new locale.

"I'm increasingly convinced that this one is transmitting more than others locally," Dr. William Hanage, an epidemiologist at Harvard University, told the New York Times. "But there's not evidence to suggest that it's in the same ballpark as B.1.1.7."

Viruses are notorious for mutating — that's why new flu shots are offered each year. Most of them fail to gain traction and go unnoticed. Only the coronavirus variants that are more transmissible, virulent or resistant to vaccines are noteworthy.

Hanage speculated that scientists would find more variants that spread moderately fast — like the California variant — if they sequenced coronavirus genomes in more places.

"It's not as big a deal as the others," Hanage said. "Maybe variants are everywhere, and we're just seeing them at the places where there's sequencing."