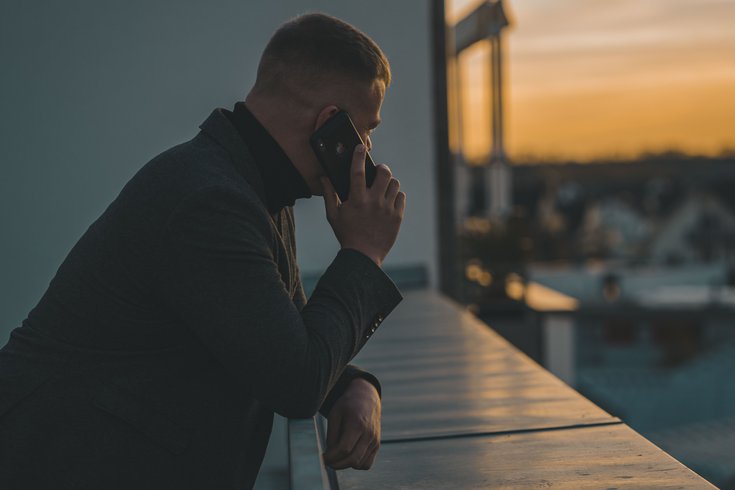 Talking on the phone for 10 minutes multiple times a week can reduce loneliness, anxiety and depression, a new study finds.

It's no secret that the coronavirus pandemic has taken an immense toll on the mental health of Americans.

Depression rates tripled last spring — 27.8% of adults reported feeling depressive symptoms, up from 8.5% before the pandemic began. Nearly one in three millennials now suffer from mental health conditions, with 90% saying the pandemic is negatively affecting them.

Long-term loneliness has been linked to depression, poor sleep quality, poor cardiovascular function and lower immunity, according to the American Psychological Association.

However, a study published Tuesday in JAMA Psychiatry suggests that having 10-minute phone calls multiple times a week can significantly reduce feelings of loneliness, depression and anxiety.

The study split 240 participants into two groups. One received brief phone calls from volunteers over a month; the other served as a control group. All participants had measurable loneliness, anxiety and depression at the start of the study.

The volunteer callers were trained in empathetic communication skills, including the importance of active listening and asking follow-up questions. They let the participants — all Meals on Wheels recipients in Central Texas — lead the conversations.

Doing so helped the study participants regain some control, researcher Maninder "Mini" Kahlon, a population health professor at the University of Texas at Austin, told CNN. The participants might lack control in other areas of their lives, but controlling the conversation can have positive effects.

"Sometimes the agenda is just feeling like they have control," Kahlon said.

During the study's first week, the volunteers and participants had five 10-minute conversations. In the weeks that followed, they had between two and five conversations.

Researchers used a three-question loneliness scale to track the calls' effect on loneliness. The scale ranges from 3 to 9, with the lower numbers representing less loneliness.

The average scores of the study participants who received phone calls dropped from 6.5 to 5.2 during course of the study — a 20% reduction.

Anxiety dropped by 30% and depression fell by nearly 24%, according to clinical scales. Those two results were "striking," Kahlon said, because the study was geared toward loneliness alone.

Other ways to reduce the feelings of loneliness include joining online communities and chatrooms, volunteering, talking to strangers throughout the day and practicing mindfulness, according to Psychology Today.