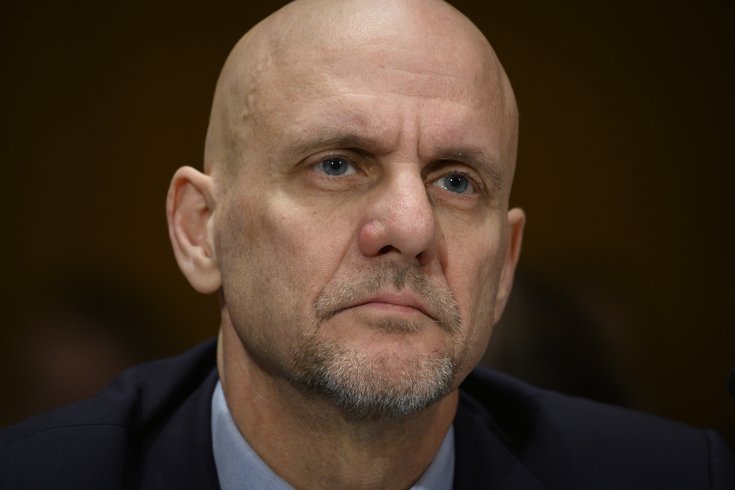 Prior to joining the FDA, Dr. Stephen Hahn spent nearly two decades working at the University of Pennsylvania. He is joining the board of directors of Blackfynn, a Center City-based therapeutics company.

Dr. Stephen Hahn, the former U.S. official who oversaw the accelerated regulatory process for the first COVID-19 vaccines, has agreed to join Blackfynn's board of directors.

Hahn served as commissioner of the U.S. Food and Drug Administration during the final 13 months of the Trump administration, succeeding Dr. Scott Gottlieb in December 2019. His tenure was highlighted by the eagerly-anticipated authorization of the Pfizer-BioNTech and Moderna coronavirus vaccines late last year.

"Steve is a bold visionary who led new approaches to drug testing, development and distribution at the FDA," Blackfynn CEO Amanda Banks said Tuesday. "His leadership enabled the approval of not one, but two safe and effective vaccines against COVID-19, in record time and in an extremely challenging political environment.

"We are thrilled that Steve will bring this same principled, focused, transformative leadership to Blackfynn as we look to change how drugs are developed and approved for people living with Parkinson's and other neurodegenerative diseases."

Hahn is no stranger to Philadelphia, having received his medical degree from Temple University and working in the radiation oncology department at the University of Pennsylvania from 1996 to 2014.

Hahn helped expand the department's research base, which regularly ranked first or second in funding from the National Institutes of Health, before becoming its chair in 2005. In that role, he took responsibility for a doctor who botched the treatment of dozens of prostate cancer patients at the Philadelphia VA Medical Center.

At the FDA, Hahn led the regulatory process amid the COVID-19 pandemic and served on the White House Coronavirus Task Force. He defended the agency's weeks-long review of the Pfizer vaccine, the first authorized in the U.S., saying it was necessary to prevent skepticism about its safety and efficiency.

But the agency at times faced criticism from public health experts. The FDA rescinded an emergency use authorization given to hydroxychloroquine after it was later deemed ineffective. Hahn also acknowledged he overstated the effectiveness of convalescent plasma at treating COVID-19.

Blackfynn was founded in 2015 by a multidisciplinary team of experts in neurology, neuroscience, computer science, medicine and engineering from Penn. Its main focus is to use advanced computer technology to improve treatment of patients with neurological diseases.

"Blackfynn's core philosophy revolves around the primacy of patient data and science to drive domain-expert decision making at all stages of drug development," Hahn said. "Their methodology will increase the likelihood that impactful drugs will get to patients in the near-time. Blackfynn's platform and tools have the potential to drive new regulatory paradigms, and I'm excited to be at the leading edge of this new approach."