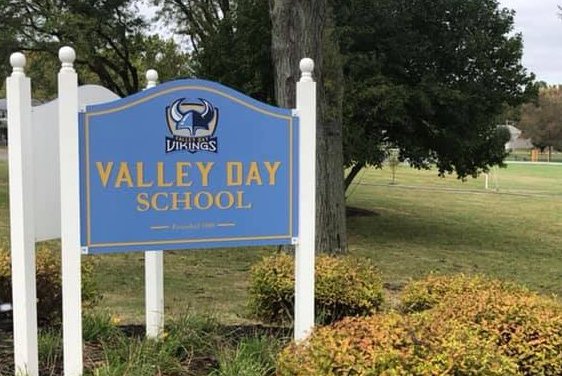 A teacher's aide at Valley Day School in Bucks County has been charged with having sex with a 14-year-old student. The aide, Jennilynne Derolf, faces five felony charges and two misdemeanors.

A teacher's aide at a Bucks County school for children with special needs has been charged with having sex with a 14-year-old student.

The student told investigators in an interview that he and Derolf, who was an aide for his teacher at Valley Day School, began discreetly chatting on an app called Discord, according to the affidavit of probable cause for Derolf's arrest. The student said they spent time together at Falls Township Park, and their relationship became "romantic in nature" in June.

Authorities were contacted July 13 by the student's grandmother, who told officers she knew about the relationship, according to charging documents. In the week leading up to Derolf's arrest, police allege she and the student had sex at least three times in her vehicle — twice at Levittown Lake and once near a baseball field in Bristol Township.

Valley Day School provides a specialized learning environment for students who have been classified as neurologically impaired or emotionally disturbed, according to its website.

"The defendant’s conduct is not only reprehensible, but criminal," District Attorney Matt Weintraub said in a statement. "She not only violated the trust required in any student teacher relationship, but also that trust that children should be able to have in all adults of authority. She will be held accountable for her criminal acts."

Derolf has been arraigned and was sent to the Bucks County Correctional facility in lieu of $90,000 bail. She is due in court Wednesday for a preliminary hearing and had no attorney listed as of Sunday, documents show.