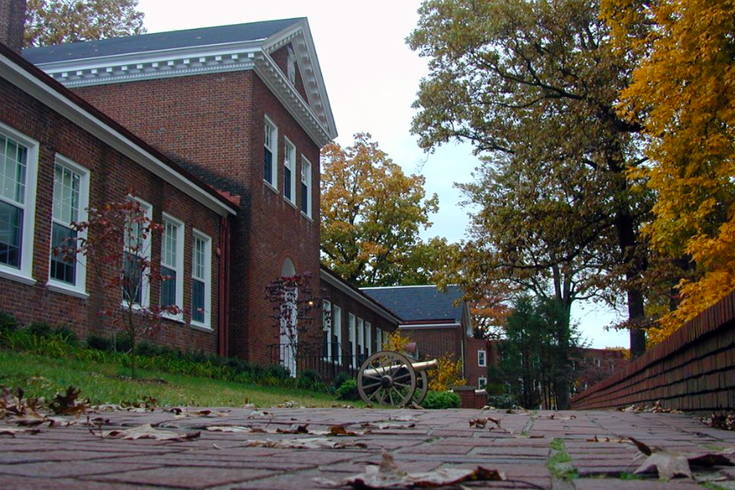 The sudden resignation of Valley Forge Military Academy & College's president has prompted an outcry from alumni who believe he should be reinstated.

Major Gen. Walter T. Lord, who was appointed president last April, submitted his letter of resignation this week over what he termed a "philosophical disagreement" with board chairman John English.

Lord is a graduate of VFMAC and served in the U.S. Army for 36 years. He had served as a member of the VFMAC Board of Trustees since 2013.

The details of the disagreement were not made public, but the VFMAC board moved to dismiss speculation about Lord's departure on Tuesday.

"There have been rumors and innuendo surrounding MG Lord’s unexpected departure, and I’m writing today to shed some light on what took place," English said in a letter to the VFMAC community.

English claimed the board did not dismiss Lord or inform that his employment would end based on his failure to meet with VFMAC leadership on Sunday. He said the board was "collectively taken aback" at Lord's resignation and had expected him to remain as president through the 2019-20 academic year.

"After MG Lord submitted his letter of resignation, the board entered executive session and I offered to step down if the board wished to retain MG Lord," English wrote. "That offer was rejected unanimously by those in attendance."

The letter added that while the Academy is thriving, the college continues to struggle financially and needs to improve its value proposition for students, whose enrollment numbers have declined in recent years. The school includes a middle school, college preparatory high school for boys and co-ed two-year college.

Alumni of VFMAC launched a change.org petition this week to have Lord reinstated. The petition had collected more than 2,000 signatures as of Wednesday afternoon.

"In order to save our school, we, the alumni, demand that the Board of Trustees increase transparency over what has transpired and all future operations," the petition says. "Furthermore, we ask that the BoT resolve its differences with Gen. Walt Lord in his favor so he can return to his post as President of VFMAC."

Since its inception in 1928, Valley Forge Military Academy & College has been one of the nation's most recognized boarding schools. Graduates include author J.D. Salinger and NFL wide receiver Larry Fitzgerald.

A Title IX complaint filed against VFMAC in 2015 detailed allegations of hazing, fighting and underage drinking among the "systemic problems" facing the school over the last decade.

In the wake of Lord's resignation, Col. Stuart B. Helgeson and Vince Vuono are now serving in dual roles under the heading of Office of the President.

"I’m confident that with guidance and direction from Stu and Vince and with full cooperation from the staff and Board of Trustees, Valley Forge will continue along its path to greatness," English wrote in his letter. "Its trajectory is pointed in the right direction – upward."