But don't worry, he wasn't one of the sick passengers 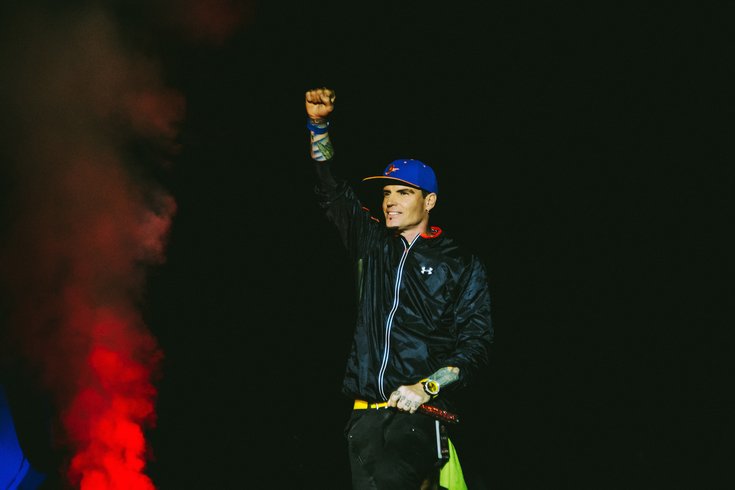 The Emirates flight from Dubai that landed at JFK International Airport on Wednesday morning with several sick passengers on board apparently included Vanilla Ice (he was not among the ill passengers).

The "Ice Ice Baby" rapper tweeted out a video of all of the emergency response vehicles and medical personnel.

"It must be pretty serious 'cause there's a lot of people out there," Ice says to someone in the video.

Nineteen people were ill on board the flight, which was quarantined at JFK Airport. The ill passengers were inspected by health officials that were waiting on the runway. Initially, the Centers for Disease Control and Prevention said 100 people and crew members had complained of illness. Only 10 were taken to the hospital and the rest refused treatment.

According to a spokesperson for New York City Mayor Bill de Blasio, the passengers' symptoms "pointed toward flu."

"CDC public health officers are working with ... officials to evaluate passengers, including taking temperatures and making arrangements for transport to local hospitals those that need care," the CDC said in a statement.

So I just landed from Dubai and now there is like tons of ambulances and fire trucks and police all over the place pic.twitter.com/i9QLh6WyJW

The flight landed a little after 9 a.m. with more than 500 passengers. It appears that most were able to exit the plane and clear customs by 10:45 a.m. And according to his tweets, Ice (his real name is Robert Matthew Van Winkle), was not sick because he was seated on the plane's second level, nowhere near any of the other sick passengers.

Yes Ice, this was a real problem. Based on his tweets, it's not yet clear if he was able to solve it. (Sorry, had to.)

Ice, this is a problem. I thought you said you'd solve it?

Statement: Emirates can confirm that about 10 passengers on #EK203 from Dubai to New York were taken ill. On arrival, as a precaution, they were attended to by local health authorities. All others will disembark shortly. The safety & care of our customers is our first priority.

On a somewhat unrelated note, if you Google "Vanilla Ice," the first response is "What did Vanilla Ice die from?"