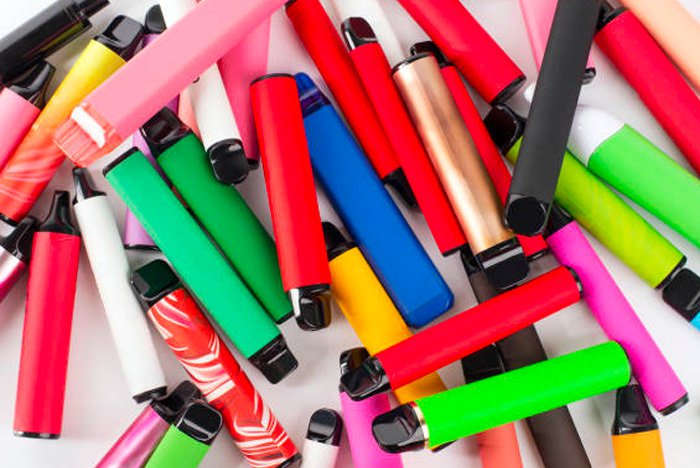 Since e-cigarettes became available in the U.S. about 15 years ago, the use of vaping products among young people has increased dramatically. Curiosity, seeing friends and family using them, and the wide variety of flavors available are common reasons for e-cigarette usage.

Among high school and middle school students, vaping was prevalent enough that the U.S. Surgeon General declared it an epidemic in 2018. This concerning trend has one area pulmonologist worried.

“We know that the traditional lung diseases related to smoking — lung cancer, COPD — take years, if not decades, to develop,” said Sheela Ahmed, MD, an associate professor in the Division of Pulmonary, Critical Care and Sleep Medicine at Temple Health’s Fox Chase Cancer Center. “We don’t have the time frame yet on vaping to find out whether this is going to cause similar diseases in young people.”

According to some studies, the ingredients found in e-cigarettes pose many of the same health risks as traditional cigarettes.

Nicotine, the chemical which makes cigarettes addictive, also could make users more likely to use other addictive substances. Additionally, nicotine can hurt brain development, which continues into people’s early-to-mid 20s. The Surgeon General says exposing developing brains to nicotine can lead to mood disorder and permanent lowering of impulse control. Nicotine also changes how synapses form, which damage the parts of the brain controlling attention and learning.

In addition to nicotine, e-cigarettes contain cancer-causing chemicals, volatile organic compounds, and heavy metals, such as nickel, tin, and lead. As a result, even if they are less harmful than regular cigarettes, they are far from safe.

What studies have shown

Using e-cigarettes may increase the risk of getting cavities and tooth disease, according to a study by researchers at Tufts University School of Dental Medicine.

Vaping products may also significantly impair the function of the body’s blood vessels, increasing the risk for cardiovascular disease, according to two studies supported by the National Heart, Lung and Blood Institute. Researchers had known for years that tobacco smoking can harm blood vessels, but the effects of e-cigarettes on cardiovascular health hadn’t been clear. Only one of the studies involved people, the other used mice.

Another study on mice found that nine of 40, or 22.5%, developed lung cancer when they were exposed to e-cigarette smoke containing nicotine. None of the 20 mice exposed to the same e-cigarette smoke without nicotine developed cancer, according to the study, which was performed by the New York University School of Medicine and published in 2019.

“We don’t have the exact translation of how that would apply to a human being, but once [e-cigarette smoke] can do that to any kind of cell, you worry about what it’s going to do to these young people who are vaping,” Ahmed said. “So, what are we going to see in the next 15 years, a whole bunch of young cancers in younger people? That’s the concern.”

Ahmed had hoped to address that concern with a study of college students, but was unable to secure funding for the effort.

Research has identified genes that are damaged by tobacco in people who have lung cancer. So, Ahmed wanted to see if the same genes showed evidence of damage in college students who are using e-cigarettes.

The study wouldn’t have required invasive procedures. The DNA examined in it would have been gathered through cheek swabs.

“It’s been sitting in a closet for the last two years,” she said.

Some studies that have been funded and performed are calling into question whether e-cigarettes are useful in helping people quit smoking.

Two analyses led by the University of California San Diego School of Medicine that were released in 2020 found that e-cigarettes weren’t effective in helping adults to quit smoking, although they said more research was needed to determine if that was also true of the new types of e-cigarettes that were starting to come out at the time. The studies also found that people who vape to quit smoking may just wind up addicted to vaping instead.

The key to quitting smoking is motivation, not e-cigarettes. If you’re ready to quit smoking, Fox Chase Cancer Center offers a free tobacco treatment program in a group setting for anyone who wants to stop smoking. Participants receive counseling along with the use of nicotine replacement therapy and other medications. If you would like to schedule an appointment call (215) 214-1618 or fill out a form online.