Video of NJ Transit rider ‘trying’ to board bus with an ATM goes viral, spawns jokes 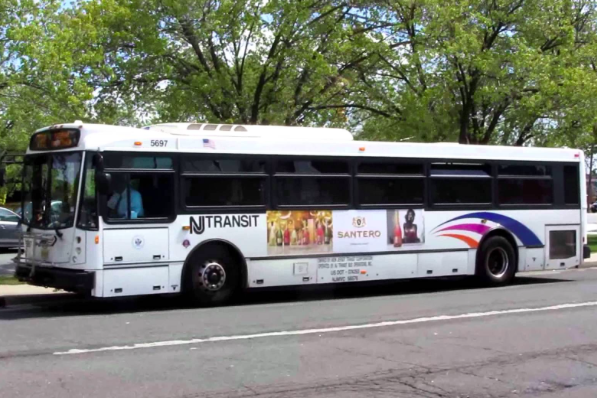 Public transportation, for all its perks, has at least one major downside: a general lack of space for your stuff. Sometimes a crowded subway makes it hard for someone trying to haul groceries home, or your gym bag has to be stowed under your feet on the bus.

One NJ Transit rider captured the extremes of that struggle on Tuesday when he recorded video of a man “trying” to board the transit authority's 99 bus with an ATM — yes, an ATM — was “turned away” by the bus driver:

Everybody want to be rich but don’t nobody want to help you get it lol pic.twitter.com/r1dGCto3oP

We're putting “trying” and “turned away” in quotes because the user confirmed to PhillyVoice on Tuesday that it was just a joke. The Twitter account behind the video, @Darius_DK, describes himself as a “sit down comedian” who posts “funny roasts & skits."

Even though it’s not real, it’s still just plain funny. So funny, in fact, that the people behind NJ Transit’s Twitter account, a normally no-funny-business account, tweeting out info about delays and helping angry riders, decided to share it with a call for the best caption:

For unknown reasons, NJ Transit deleted the tweet between 3:30 p.m. and 5:00 p.m. on Tuesday, but the replies to the tweet remained. If you know NJ Transit riders, or public transportation users in general, you can probably guess where the jokes went.

Here are a few of the best:

How to afford a monthly pass

“Can you make change?”

Typical @NJTRANSIT bus driver. They always drive away when you want to get on the bus

You need to have exact fare. NO EXCEPTIONS!

One savvy Twitter user pointed out the clip is reminiscent of a scene from the 2002 film “Barbershop”, when Anthony Anderson’s character is pushing an ATM around the streets of Chicago:

Just remember, the next time someone tries to wedge their bike on to the Broad Street Line, that things could be much worse.