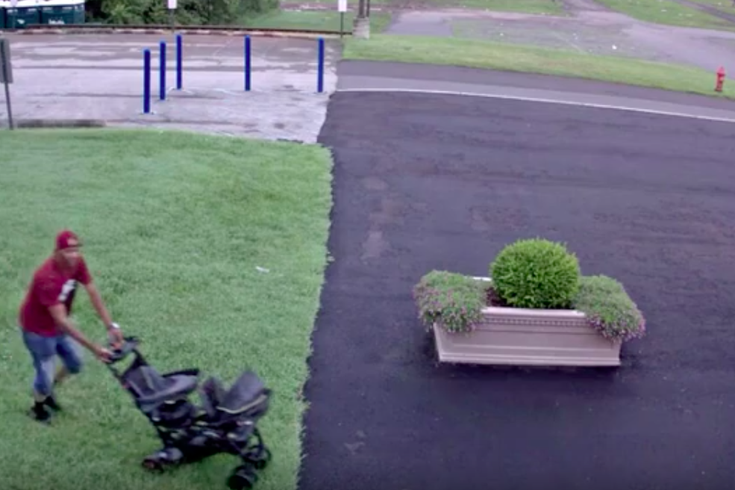 A man was recorded by security cameras stealing flat-screen TVs from The Mann Center and hauling them away in a baby stroller, Philadelphia police said.

On Tuesday, police released the video of the alleged theft as they search for the suspect. The footage first shows an unidentified man outside The Mann, located in the Parkside neighborhood of the city, push an empty stroller on July 9.

It then shows him inside the concert venue, and the suspect emerges from a concession tent with the televisions loaded on to a hand truck, police said. Next he is seen sliding the TVs under a fence that surrounds the property, then exiting The Mann property and loading the TVs into the stroller and walking away.

The center appeared to be empty at the time. According to the Mann's website, an event scheduled for July 9 had been moved to the Franklin Music Hall (formerly Electric Factory).

The man, dressed in a red Nike T-shirt and red hat, fled in an unknown direction.

An investigation is ongoing. Anyone with information about the burglary or this suspect should contact the Southwest Detective Division at (215) 686-3183/3184.