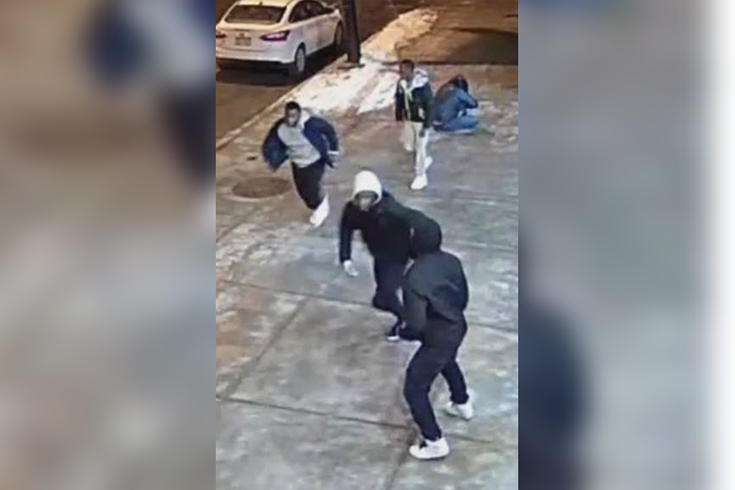 Police are searching for these four suspects in connection with a beating and attempted robbery in South Philadelphia.

The beating of a 25-year-old man in South Philadelphia was caught on video, and police are seeking the public's help in identifying the perpetrators.

Police said the suspects knocked the victim to the ground, punching and kicking him several times. The four unknown males attempted to take the victim's cellphone, according to police, but were unable to and fled in an unknown direction.

Video of the attack can be viewed below:

Tips can also be submitted by texting 773847 or through an online form. All tips will remain confidential.