Jets veteran pass rusher had his spleen removed, but says he'll be back 'more determined than ever' 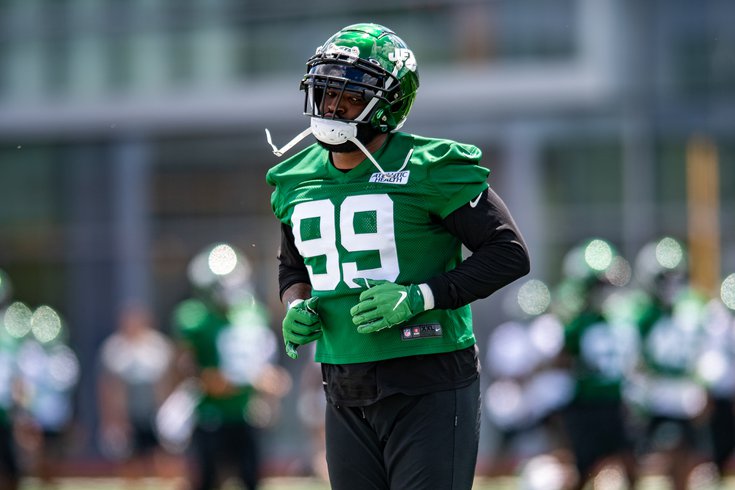 New York Jets defensive end Vinny Curry will be out for the 2020 NFL season due to complications and recovery from a rare blood disorder that required the removal of his spleen. Curry was a member of the Philadelphia Eagles' Super Bowl LII championship team.

Former Philadelphia Eagles defensive end Vinny Curry was dealt a setback on Wednesday, learning he'll miss the entirety of the 2021 NFL season with the New York Jets due to a rare blood disorder.

Curry, a former second-round pick of the Eagles in 2012, signed with the Jets as a free agent during the offseason. He spent last season with the Eagles and recorded three sacks during the team's disappointing 4-11-1 campaign.

The 33-year-old pass rusher shared the news on social media Wednesday, saying he had his spleen surgically removed due to the unnamed condition. He is expected to make a full recovery and will have a chance to play again next season. Curry had signed a one-year deal with the Jets, who placed him on the Reserve/Non-Football Injury list on Tuesday.

Curry was a helpful piece of the Eagles' dominant defensive line during the team's 2017-18 Super Bowl run. He spent a year with the Buccaneers after that and then returned to Philadelphia for two more seasons.

It has been a difficult stretch for Curry, who lost his half-brother, a high school principal in New Jersey, to COVID-19 in May 2020.