Photos of Tuesday night's Amtrak train derailment that killed eight people and injured 200 others have been circulating. While some show the horrific aftermath of the deadly crash, others illustrate the heroic efforts of the first responders involved in the rescue of passengers.

One photo in particular has gone viral and shows just how powerful the Internet can be in bringing people together. 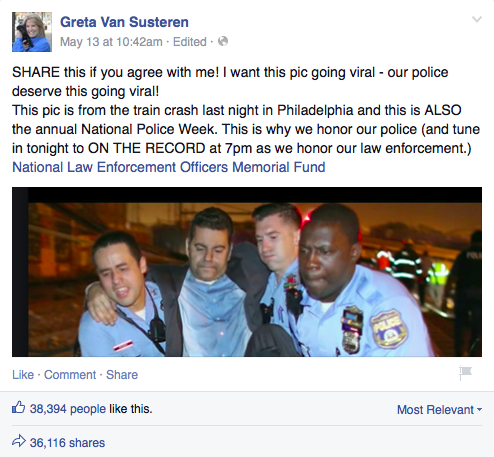 The picture caught the attention of the mother of one of the officers, who commented on the post.

The officer's mother received dozens of replies on her post, along with the numerous other responses to the photo. One comment was particularly special.

It was from a parent of the victim in the picture.

The photo, taken in the aftermath of a tragedy, allowed for the online connection between the parents of a rescuer and the rescued.