Celebrate Walt Whitman's 200th birthday in and around Philadelphia 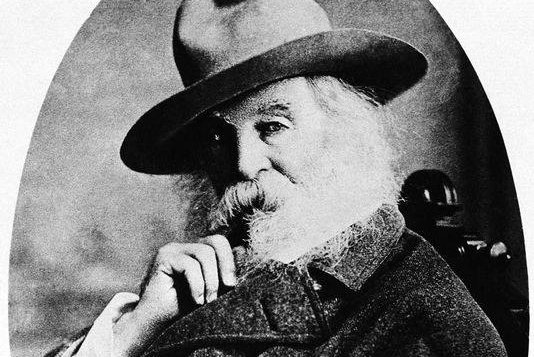 Walt Whitman celebrates his 200th birthday on May 31. There will be several events happening around Philadelphia during this time, including an art installation and a special tour held at his house in Camden, N.J.

This year marks Walt Whitman's 200th birthday, and what better way to salute the poet who gave us "Oh Captain! My Captain!" than with some happenings in and around Philadelphia.

The legendary American poet's birthday is May 31. Born in 1819, the "father of free verse" spent the last 20 years of his life in Camden, before dying in 1892. He made frequent trips to Philadelphia, including the Germantown and Wissahickon neighborhoods.

His most popular poems include "Song of Myself," and "Leaves of Grass." Whitman's work influenced many great poets of the 20th century, such as Ezra Pound, William Carlos Williams, Allen Ginsberg, and Frank O'Hara.

So, what to do to honor the legacy of this profound poet?

Watch a film inspired by the Poet's work and his most famous poem, "Song of Myself," which includes the highly-quoted line, "I am large, I contain multitudes." "Whitman, Alabama" follows the ideology Whitman's words through the voices of Alabama residents. It's available for viewing now through June 9 at the Philadelphia Museum of Art.

Admire Whitman inspired artwork while taking the same ferry trips Whitman would have done during his time living in Camden. New York-based artist and sculptor, Spencer Finch, created an interactive piece that is available on the RiverLink Ferry, which operates between Philly and Camden. The interactive artwork allows users to match the colors of the sky and water through the use of a spinning color wheel. It will be available from May 25 to Sept. 3.

Discover the poet's life and work while living in Camden by taking a Legacy Tour at the Walt Whitman House Historic Site. The tours explore the work of his later years, such as "Specimen Days & Collect" and "Democratic Vistas."  Tours are available by appointment only and will run from from May 22 to June 9. They can be scheduled Wednesday to Saturday, from 10-11:30 a.m. and on Sunday from 1:30-3pm. For more information visit their website.

Pour one for the man at Philadelphia Brewing Co. where you can drink one of the brewery's signature beers, "Walt Whit," a Belgian-style white ale. With a touch of spice and just a hint of citrus in its flavor profile, you'll be quoting the poet all night. The beer garden located in Kensington at 2440 Frankford Ave. is open Tuesday-Saturday 11 a.m. to 12 a.m. Sunday 11 a.m.- 9 p.m., and Monday 5 p.m. - 11 p.m.