The comedic clip has since gone viral 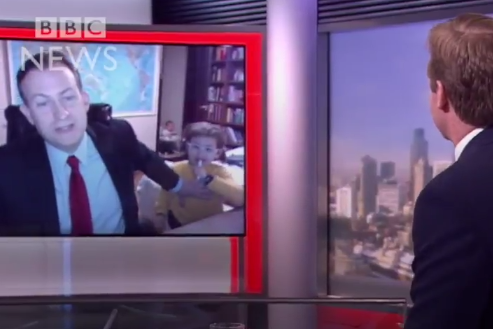 The internet is in stitches over a couple of children who video-bombed their expert father’s live interview with the BBC.

As seen in the clip, Robert Kelly, an associate professor of political science at Pusan National University in South Korea, was speaking as an expert on the impeachment of South Korean President Park Geun-hye, when his two children, one a toddler and the other an infant in a baby walker, burst through a door and onto the screen.

Seconds later, a woman, who we can assume was supposed to be looking after the getaway tots, not-so-subtly comes to retrieve them, adding to the comedic mayhem.

This BBC TV guest's children become the stars of the show. pic.twitter.com/gVWbcZmASh

As you can see by the worldwide coverage of the clip, Kelly's children clearly stole the show.