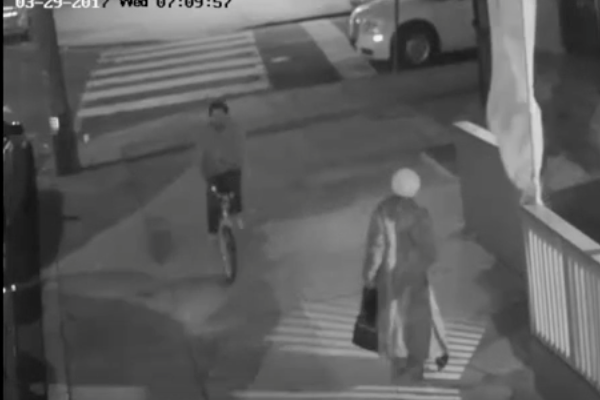 Philadelphia police are seeking help from the public to identify a man who brazenly robbed an 80-year-old woman last week in North Philadelphia, snatching a purse from her as he rode by on a bicycle.

Authorities said the incident, captured by a surveillance camera, took place March 29 in the 500 block of West Hunting Park Avenue. At around 8:10 p.m., the suspect casually pedaled past the victim, ripping her purse away and riding off in the opposite direction toward 6th Street.

Investigators said the victim was returning home from a trip to a nearby corner store when the strongarm robbery occurred. She suffered minor injuries during the brief struggle.

Police described the suspect as a black or Hispanic male with short dark hair and a scruffy beard. He was riding a BMX style bike.

Anyone with information about this incident is asked to contact East Detectives at 215-686-3253.