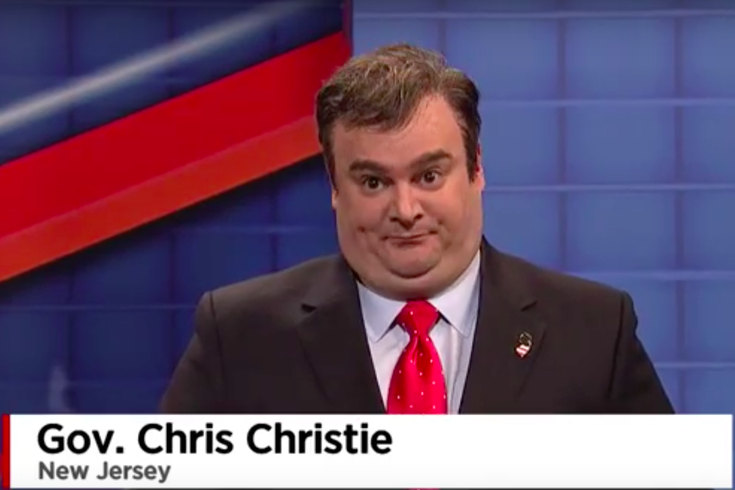 New Jersey Gov. Chris Christie has attempted to establish himself as the law-and-order candidate in the presidential race in an effort to separate himself from the GOP pack, a move made apparent by frequent references to his time as a former U.S. Attorney and his experience handling terrorists.

This campaign push is what Bobby Moynihan mocked on "Saturday Night Live" in the cold opening of the most recent show. The skit took shots at all of the Republican candidates present at the recent CNN Debate, and Christie was no exception.

The show poked fun at his harsh warnings about the threat of terrorism by making up some bogus statistics for Moynihan's Christie to espouse, like that one in three babies born today are already in ISIS.

But hey, in a country where 30 percent of Republicans and 19 percent of Democrats want to bomb the mythical country in "Aladdin," would some have known it was a joke if the audience wasn't laughing? You can watch Moynihan's impression (which also channels Bon Jovi, of course) below: