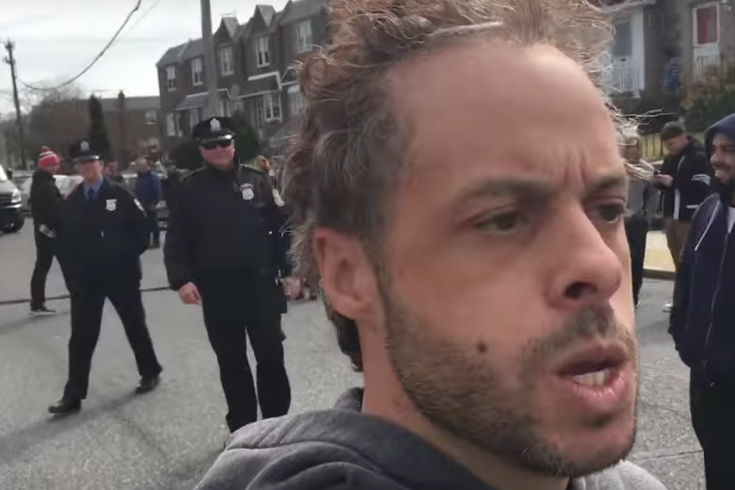 YouTube prankster Ed Bassmaster made a stop by the set of fellow Philly native Kevin Hart's new movie Monday, pulling out one of his most frequently used characters to annoy everyone working on the film.

In a video posted to Facebook and YouTube, Bassmaster can be seen walking near the area of Gilham Street in Oxford Circle. He walks down a street that's blocked off for the movie and does his "putting you on the news" guy schtick, in which he threatens to "put people on the news" for causing him a minor inconvenience.

One set worker whispers to him that the movie they're shooting is Hart's new movie, called "Untouchable," an adaptation of a French comedy-drama that will also star Bryan Cranston and Nicole Kidman. Bassmaster's character, naturally, is not amused — "I don't care if it's the pope, my man" — although he does ask for a role in the film. You can watch Bassmaster's video below: