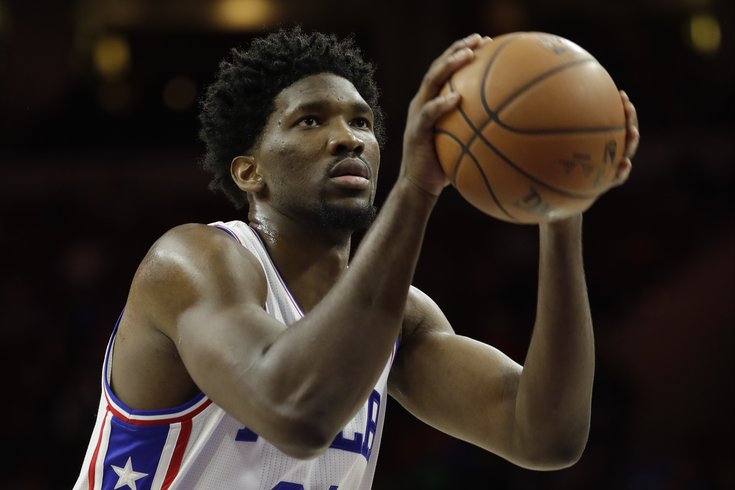 Sixers center Joel Embiid is expected to play a season hight 28 minutes in Friday night's game against the Orlando Magic after having his limit increased from 24 per game. And given that the team hasn't played since Monday in Toronto because Wednesday night's game against the Kings was postponed due to unsafe court conditions – and Embiid hasn't played since Sunday, his only action in the last nine days – there's a very good chance the rookie sees all 28 of those minutes.

Prior to facing the Magic, Embiid was out on the court for warmup – it was dry this time, don't worry – and the three-point percentage leader among NBA rookies decided to show off his range.

JoJo from the logo during Bell Biv DeVoe soundcheck pic.twitter.com/P50tOjI3ZS

Once I saw that, I couldn't help myself.

.@Sixers I fixed that @JoelEmbiid video for you... pic.twitter.com/N6Mgv6nGDm

It seems like it's only a matter of time before he breaks this one out...

[NOTE: This happened just as I was about to publish and I felt like watching him take a point guard off the dribble was worth shar ... OH MY GOD EMBIID ALMOST KILLED SOMEONE.]

He may have missed the dunk, but so what?