Police are asking for the public's help in identifying the suspect 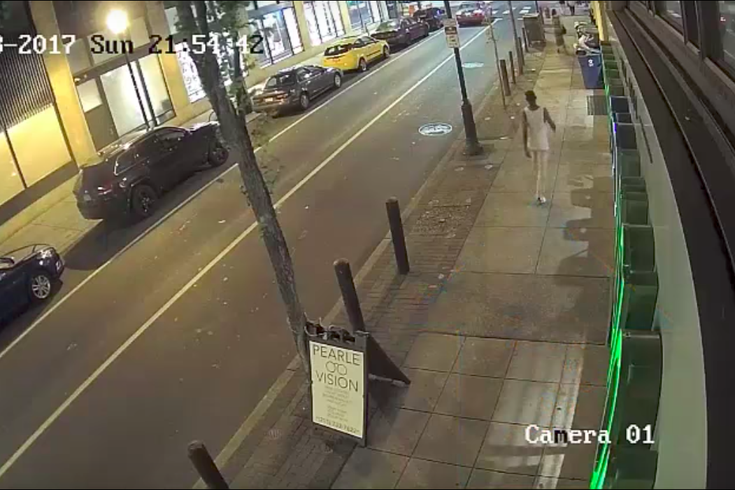 Surveillance footage shows an attempted robbery in Center City on June 18 around 10 p.m.

A group of good Samaritans is credited with helping a woman chase off a suspect wanted in an attempted robbery, and Philadelphia police have shared the incident captured on video.

Police say a woman, 30, was walking north on 16th Street near Walnut Street in Center City on June 18 around 10 p.m. when a man ran up behind her, aggressively grabbing the bag that was hanging by her shoulder.

Surveillance footage from a nearby building shows a struggle between the two, as the woman fights for the purse while the man grabs her wrists and briefly drags her on the sidewalk.

Four passersby approached the situation and successfully helped the woman scare away the suspect. Police say the woman suffered minor injuries but was able to keep her belongings.

The suspect, described as about 50 years old, 6 feet 2 inches tall and around 190 pounds with gray facial hair, then ran toward Chancellor Street near 16th Street.

FOX29 identified the woman as Krista Van Velzen. She told the station that she knew her decision to defend the purse instead of surrendering it was risky.

"I knew the smart thing to do would have been to let him have my purse," she said. "But it was like a very 'this is mine, not yours, so back off' type of reaction. So I bore down and held on as hard as I could."

Anyone with information is asked to contact Central Detectives at 215-686-3094.