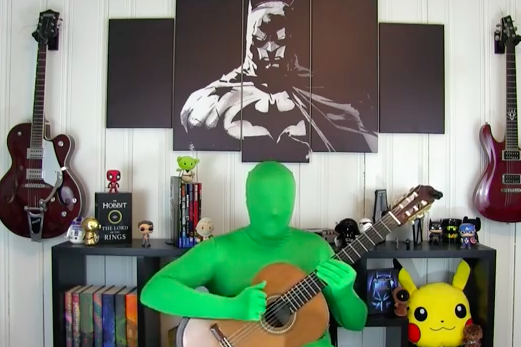 Nathan Mills performs "The Dayman" from "It's Always Sunny in Philadelphia."

Twelve seasons into "It's Always Sunny in Philadelphia," things have never been better for the gang and for FXX.

The musical season premiere that aired last week, "The Gang Turns Black," set a record for the most-watched original telecast in FXX history with 1.41 million viewers. It just goes to show the series has only gotten stronger with time, building on its reputation as a comedy that knows no bounds.

Now is as perfect a time as ever to revisit the show's last musical experiment, which yielded arguably its most memorable moment. The rock opera "The Nightman Cometh" aired as the 13th and final episode of the fourth season, back when the show was still broadcast on sister station FX. Undoubtedly the most popular song from the musical was "Day Man," in no small part because of its operatic yelping and accompanying theatrics.

To pay tribute to the song — something that's been done quite a bit — the man behind the YouTube channel "Beyond the Guitar" decided to perform it on a classical guitar. Nathan Mills has made a name for himself covering all kinds of video game, TV and movie music, whether it's from "Star Wars" or "The Legend of Zelda: Ocarina of Time."

For reasons unknown, he put on a green spandex suit to play "Day Man," a nice touch that really enhances the performance.

"It's Always Sunny in Philadelphia" airs Wednesday nights at 10 p.m. on The FXX Network.