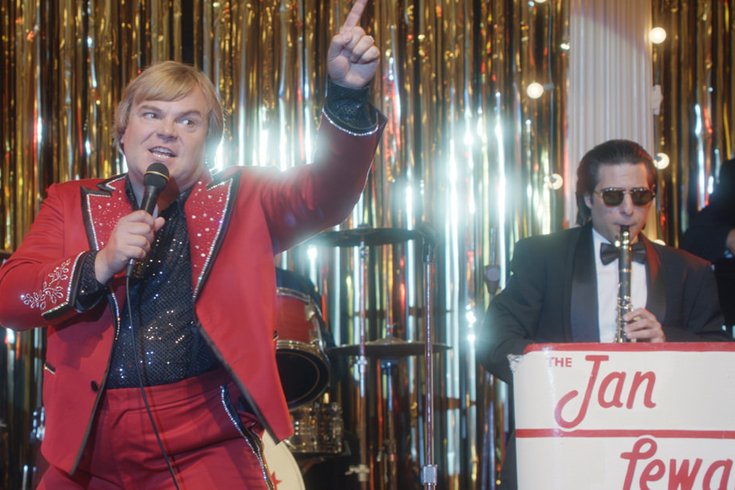 Jack Black as Jan Lewan in 'The Polka King,' which premieres in Netflix in January 2018.

Jan Lewan was a Pennsylvania icon.

A Polish immigrant, Lewan (born Lewandowski) was a touring musician when he left his group's tour bus in Canada to fulfill his dream of making it in the United States. After a series of odd jobs, he landed in Hazleton, Luzerne County, where he met his wife Rhonda and began performing polka music – a genre beloved by the state's Eastern European communities.

Lewan's following grew and grew through the 1980s and '90s, as his orchestra toured and gained a loyal following. His charisma and musical repertoire attracted fans of many descents, including Polish, Russian, Jewish and Italian. His show played to large audiences at Atlantic City casinos, and his fame landed him a friendship with Pope John Paul II and a profile in the New York Times.

Eventually, it all came crashing down. As it turned out, Lewan was able to build his polka empire with a Ponzi scheme, convincing his fans to invest in his business, which included a gift shop and trips to Europe.

But he had to increase the promised return on those investments from 12 percent to 20 percent after he ran out of money, and he kept selling even after Pennsylvania told him to stop in 2000.

(On top of all this, his wife gave up her crown in the 1998 Mrs. Pennsylvania pageant because other participants accused the contest of being rigged for Rhonda Lewan. Jan denied influencing the outcome.)

The feds eventually charged him for his multi-state scheme, and Lewan served a five-year prison sentence and was released in 2009.

A film about Lewan's life comes to a screen near you in essentially the Northeast Pennsylvania version of "Wolf of Wall Street." Jack Black plays Lewan in "The Polka King," which stars Jenny Slate as Rhonda Lewan and also features Jason Schwartzman, Jacki Weaver and J.B. Smoove.

"The Polka King" premiered at Sundance earlier this year, and Lewan is a fan; he said Black portrayed him "fantastically," and added the film shows his mistakes, which he regrets. The movie debuts on Netflix on January 12, and you can watch a trailer below.