WATCH: This is the most magical snow-day video in the history of snow

You won't believe your eyes 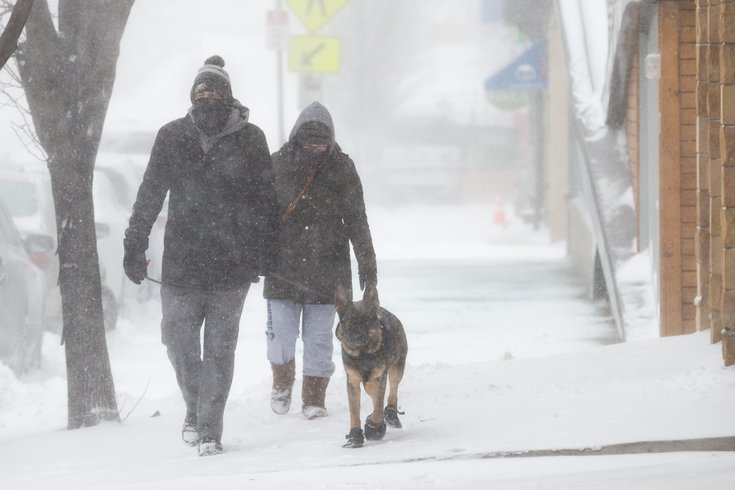 Caitlin and Zach French walk north on 2nd Street in Northern Liberties on Thursday with their dog Benson during a blustery winter storm. "It's kind of cool, it's like a ghost town out here," said Caitlin.

I just finished partially shoveling my driveway and, upon warming up, decided to see what was going on over at Twitter dot com.

It was that moment when I saw what nearly 420,000 viewers had seen in the previous four or so hours.

A six-second excerpt, purportedly filmed under a highway overpass in North Philly, in which a four-wheel bicycle rider is pulled along the sidewalk by a husky dog. (I can't place it, precisely, but it feels as if it's near I-95, maybe close to the Betsy Ross Bridge? Or, as several respondents claimed, it was actually filmed in Jersey on Christmas Eve? But whatever. I want to believe, even if the fire hydrant color ain't Philly.)

You can (nay, SHOULD) watch it below. And if you know who this resourceful human being is, please have him drop me a line. The world needs to hear more about this.

UPDATE: A couple readers traced this video back to at least a week earlier. Here's the initial link.