The theft took place at a storage facility 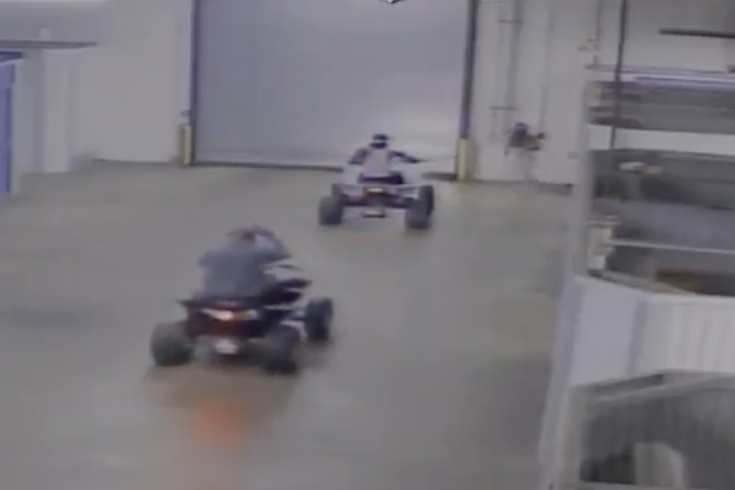 The thieves making their escape.

According to police, the theft took place Aug. 8 at the Compass Self Storage facility in East Parkside, at 1300 Belmont Avenue.

The thieves forced open a door at the facility, climbed on top of storage containers, and escaped on the ATVs.

You can watch the theft here, via security camera footage released by the police: