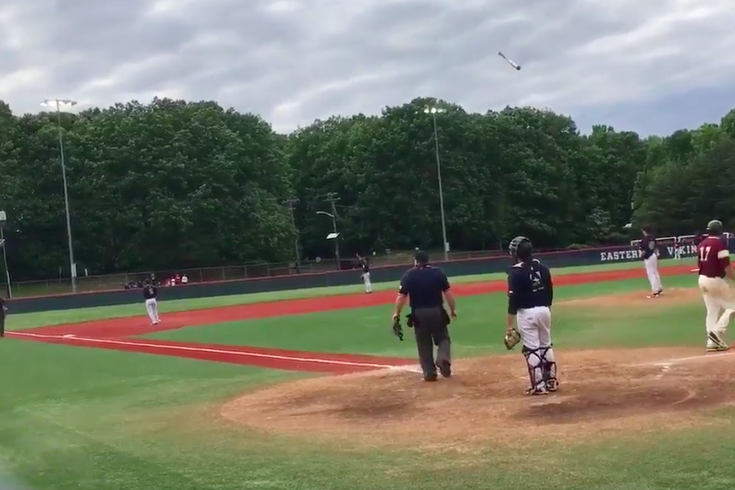 Now that is a bat flip.

In Major League Baseball, the Toronto Blue Jays’ Jose Bautista’s bat flips are usually what get the headlines and give talk radio hosts plenty to argue about. But with Joey Bats’ career coming to an end, Gloucester Catholic’s Chris Turco could potentially be his successor.

Holy moly, this video is majestic:

As it turns out, Turco is a pretty good player. Here is some info from NJ.com:

Turco is one of the states top power hitters and is an imposing force at 6-3, 200 pounds. He is committed to the University of Albany with first base as his primary position and does some pitching as well.

According to stats reported to njschoolsports.com, Turco is batting .397 with 28 runs, 29 RBI, two triples and four homers.

I just really hope that the pitcher didn’t retaliate by plunking one of Turco’s teammates because, you know, that unfortunately is what tends to happen in baseball.

UPDATE: The next two players did apparently get plunked.

@rich_hofmann @ryanlawrence21 It was a monster homer, but was a solo shot and his team was losing. Next two guys plunked. First, not sure. Second, just a bad pitch