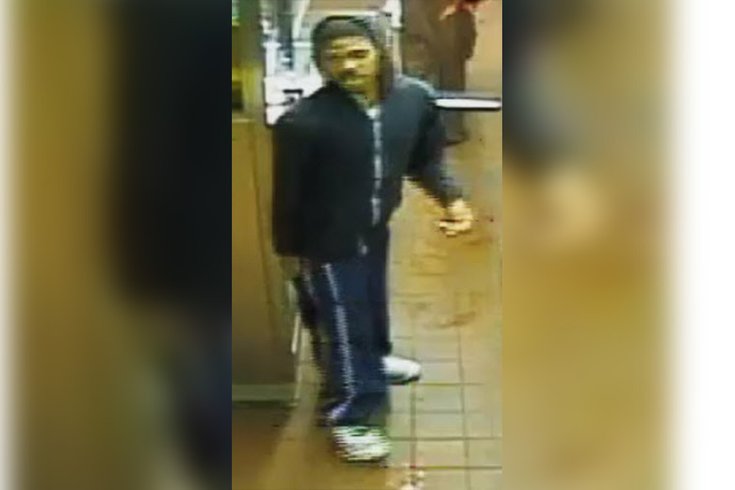 Philadelphia police are looking for this man they say assaulted and robbed a 13-year-old boy on Oct. 9 at the SEPTA Wyoming Subway Station in the city's Logan neighborhood.

Philadelphia police are seeking the public's help identifying a man who allegedly assaulted a 13-year-old boy on a SEPTA subway platform in the city's Logan section on Oct. 9.

According to police, on that day at about 6:30 p.m., a 13-year-old boy was on the SEPTA Wyoming Subway Station's southside platform (the station is located at 4700 N. Broad St.) and was waiting for the train when he was suddenly approached by an unknown male.

While, in the video, the victim looks taller than his alleged attacker, police spokesperson Officer Tanya Little said he is indeed a 13-year-old boy.

Police said the wanted man can be seen in surveillance footage pushing and punching the boy several times, then suddenly pulling out a small object, which police believe may have been a knife, before demanding money.

One of two women who was with the wanted man can be seen in the surveillance video pulling on the jacket of the suspect several times, which police said they believe she was doing in an attempt to stop the incident.

Police are seeking the females as well.

According to police, the suspect can be seen in the video going into the victim's pockets, taking $4 and then walking away from the victim with the two females before entering the southbound Broad Street Line from the Wyoming stop in different subway train cars.

Police said there were no injuries reported during this incident.

Police described the suspect as a black male in his late teens to early-20s with a medium complexion and a light mustache.

He was wearing a dark-colored hooded sweatshirt, dark-colored pants with white stripes on both legs and white sneakers at the time of the incident, police said.