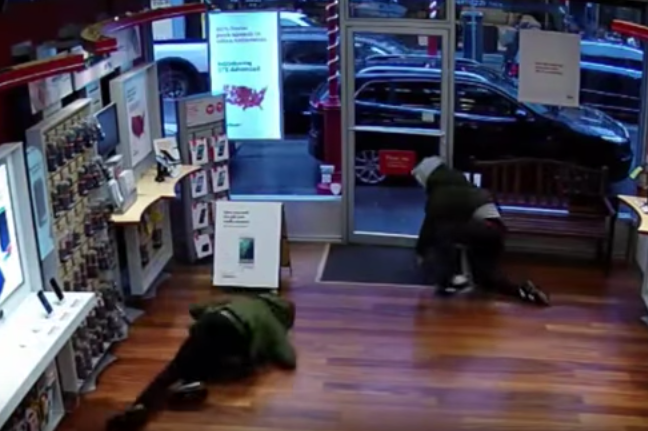 Two suspects are wanted in a theft at a Verizon Wireless store.

Philadelphia police are searching for two suspects who slipped after allegedly stealing cellphones from a Verizon Wireless store.

Police posted a video of the incident Wednesday that shows two men entering the store at Third and South streets around 3:45 p.m. on Jan. 3.

Once inside, according to police, the two approach the display area, cut the cords anchoring the phones down and run toward the door after taking a few. The suspects then fall to the ground while an employee starts running in their direction.

Both made it out of the building.

Anyone with information is asked to call the South Detective Division at 215-686-8477.