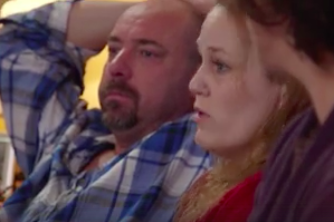 A few weeks ago, during a furious rush of cross-country campaigning, Republican presidential candidate Donald Trump delivered what he styled his own version of the Gettysburg Address, Abraham Lincoln's resounding speech at the crossroads of the American Civil War in Nov. 1863.

Elevating Lincoln's monumental example, Trump referred to his candidacy as an opportunity for the nation to "heal divisions we are living through right now" and released a series of actions he would pursue upon taking the presidentoal oath in the event he wins on Tuesday.

A review of Trump's speech by The Atlantic compares his words to a history of politicians who have traveled to Gettysburg and invoked Lincoln's famous words at the dedication of the Soldiers' National Cemetery, typically to issue a warning and a promise.

There is something that none of them did. On a field that claimed more than 50,000 casualties, a turning point in a war that took three quarters of a million American lives, none made themselves the subject of their speeches. They did not air grievances, or offer complaints, although each had much to complain about. They did not blame others for the problems they faced, or threaten their critics. And they did not put themselves forward as the solution to the problems facing the nation.

Assailing the Washington and Wall Street establishments — a campaign tactic not unique to Donald Trump — the presidential hopeful portrayed his own perceived persecution as a harbinger of what the American people can expect if he is not elected to be their leader.

“If they can fight somebody like me, who has unlimited resources to fight back, just look at what they can do to you," Trump said. "Your jobs, your security, your education, your health care, the violation of religious liberty, the theft of your Second Amendment, the loss of your factories, your homes, and much more.”

According to The New York Times, Trump fought with advisors about the focus of the speech and insisted, against their wishes, on vowing to take legal action against the various women who have accused him of sexual assault.

One day after Trump's Gettysburg speech, political activist and regular CNN contributor Van Jones traveled to Gettysburg with an independent film crew to interview a family of Trump supporters. Are we, Jones asked, on the verge of another Civil War? It's an extreme premise, to be sure, but it opens up a revealing conversation about the tenor of the 2016 race and the state of American politics moving forward.

Jones' 10-minute video, the first episode of a new series dubbed "The Messy Truth," can be viewed below.