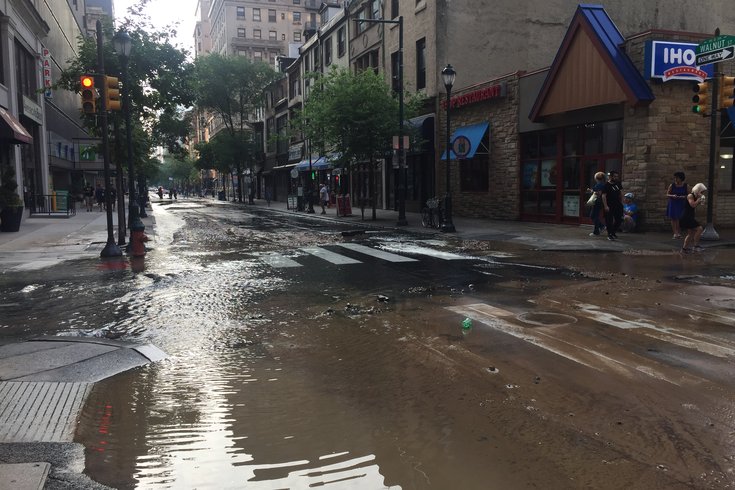 A large water main break that occurred around 4 a.m. Tuesday has resulted in flooding throughout some Center City streets, submerging roads and sidewalks around the area and leaving hundreds of people without power.

The Philadelphia Water Department said a 48-inch transmission main broke near Sansom and Juniper Streets, flooding reaching about six inches before officials could get the scene under control. Into the morning, water continued to spread onto Walnut from 9th and Broad streets. An estimated 14 to 15 millions gallons of water was lost from the break before it was shut down around 7:40 a.m.

Crews are at Walnut and Juniper where area businesses are flooded. pic.twitter.com/nSCOgwk1zF

Chris Mullins from @McGillins just sent me this video of 1300 block of Sansom St #watermainbreak Restaurants El Vez, Tridici, Zavinos and Opa (although looks dry by door) . probably affected other fabulous @Midtwn_Village popular eateries. Check with them for ur RSVP’s pic.twitter.com/YZvRlX41hk

Residents in several nearby neighborhoods have reported decreased water pressure. Bella Vista, Graduate Hospital, as well as areas of Center City and South Philadelphia are reportedly affected. A Jefferson Hospital spokesperson told NBC10 that the hospital still has power and running water.

PATCO said on Twitter around 7 a.m. that it was not affected by the water main break and will continue to run as scheduled.

UPDATE: At this time, our service is *NOT* being impacted by the water main break in Center City Philadelphia. We will provide updates as they become available.

PECO said there are about 1,300 customers without power and that several area businesses and residences will not have air conditioning as the region continues to undergo an excessive heat warning throughout Tuesday. 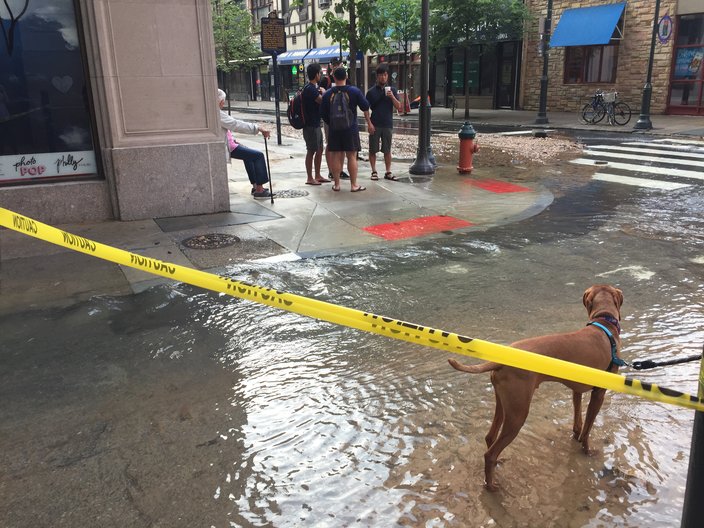 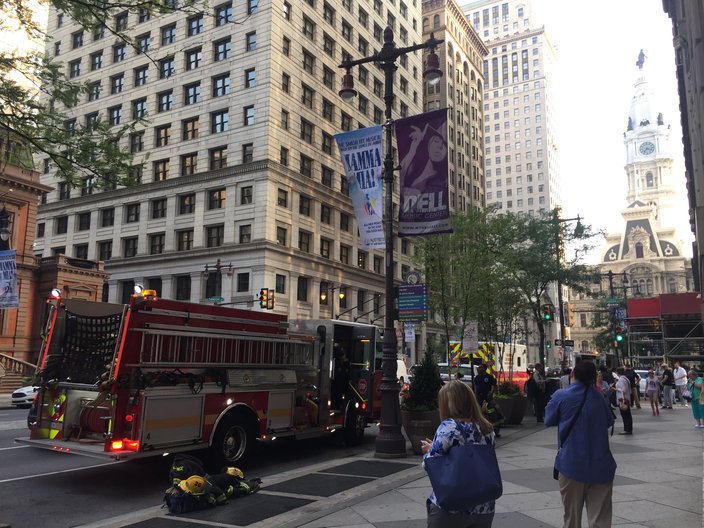 Though the break occurred just one day shy of the city's Fourth of July celebrations, Wawa Welcome America tweeted that the events will continue Wednesday as scheduled.

Today's #July4thPhilly events (Free Museum Day, Historic Philadelphia Block Party, and @ThePhillyPops on Independence) will go on as planned despite the flooding in #CenterCity. We hope to see you there! pic.twitter.com/G339umn4sA

A mulititude of neighborhood restaurants, bars, and other establishments are closed for the time being. Many establishments on the Midtown Village 13th Street coordior, including El Vez, Tredici, and Zavino's experienced flooding, as well as other nearby locations including iHOP, Irish Pub, Lucky Strike, Opa, and HipCityVeg. Reading Terminal Market is reported open and operating as usual.

There is still no word on what caused the break. The Philadelphia Water Department said it could take days to repair.