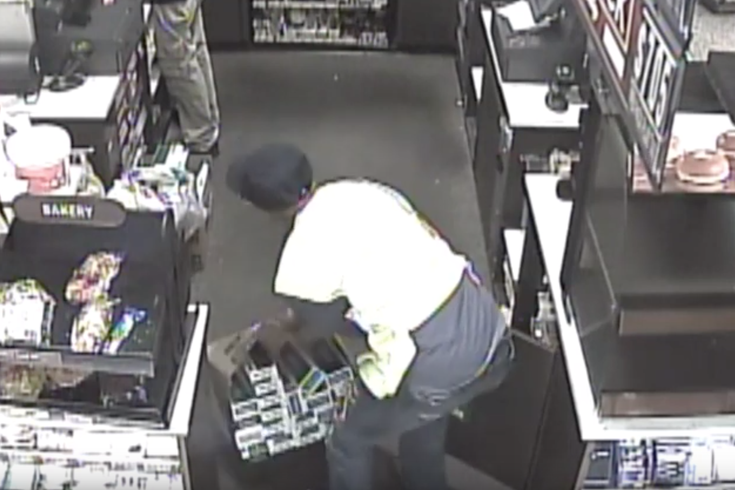 A man wearing a neon yellow-green vest and a baseball cap stole nearly $1,800 in cigarettes at a Bensalem Wawa.

A man stole nearly $1,800 in cigarettes from a Wawa in Bensalem over the weekend. While he was caught on surveillance video, no one in the store seemed to notice the theft.

The Bensalem Police Department released video Wednesday of the theft from the Wawa on Bristol Pike, asking the public for help in identifying the thief.

In the video, which you can watch below, the man can be seen wearing a neon yellow-green vest and a baseball cap, which may explain why no one stopped him: It looked, at first glance, like he was just doing his job.

Anyone with information about the incident is asked to call the Bensalem police at (215) 633-3719.