You may remember a couple months ago when a fearless PhillyVoice staffer conducted high-stakes research about the inaugural secret menu at Wawa, a hidden selection of items offered to commemorate the company’s 54th anniversary.

Though the menu of special shakes and smoothies were particularly birthday themed, Wawa is keeping the secret menu up and running, with changes starting Monday. Though no specific menu literature has been shared yet, we have some photos of what to expect, and they are quite colorful.

First, it looks like the Beyoncé of bagels, tie-dye rainbow, will be featured on the secret menu. That the colorful bagels, which went viral a couple years ago when a Brooklyn baker put them on the map, finally have a Wawa iteration is a very exciting moment in the world of local baked goods. 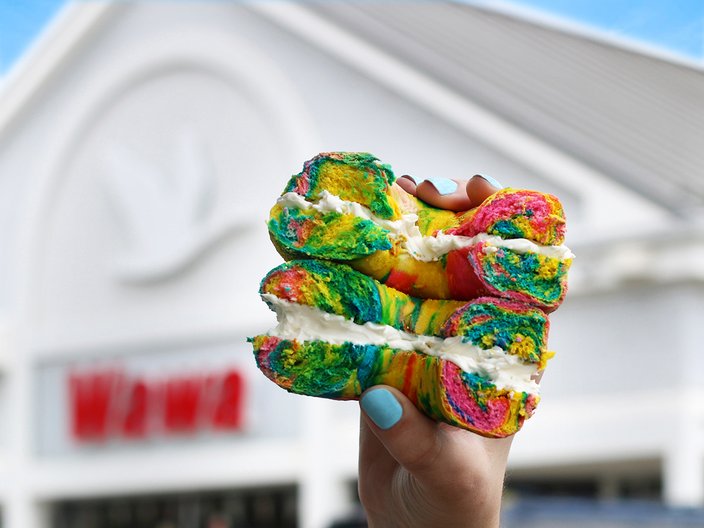 Next, perfectly suited for the summer, it looks like Wawa will offer a variety of lemonades and/or iced teas in every color of the rainbow. See the video below for a peek.

Rainbows are coming to @Wawa pic.twitter.com/3OJ7p5as6N

The updated secret menu will officially launch Monday, June 11, and will presumably be found on the touch screen kiosks where you can currently find the menu -- just follow the flying goose in the lower left-hand corner.