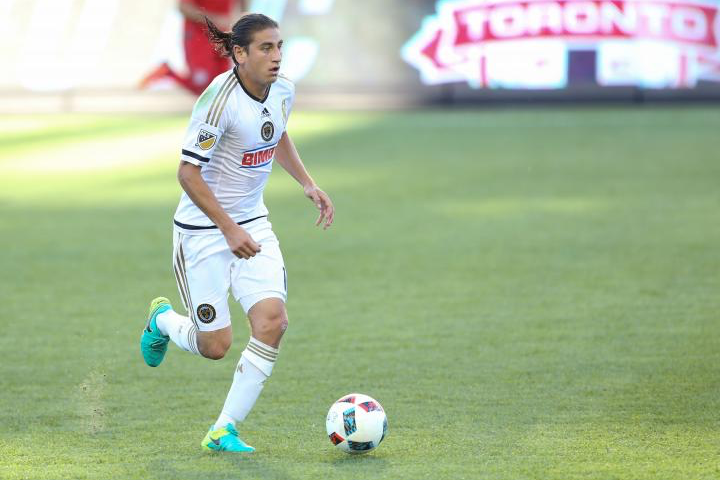 A "tale of two halves" is among the most tired of all sports cliches, but it's absolutely applicable to a lot of Philadelphia Union matches.

The Union besieged Toronto FC on Saturday night, pressing the hosts incessantly, forcing turnovers, and winning the early possession battle. Jim Curtin's team out-shot TFC six to nothing in the opening half and took a one-goal lead into the intermission.

It was the best soccer they'd played since the 4-0 road win in New England back on August 13th.

In the second half, Toronto adjusted, cracked Union pressure, stopped committing turnovers, and tipped the scales in possession. Justin Morrow scored an equalizer, followed by a Jozy Altidore effort off the post, and the Union escaped a late penalty shout to leave Ontario with a 1-1 draw and a crucial road point.

"I thought, overall, it was a very strong performance from my guys," said Curtin post-game. "We're at the stage of the season, though, where I'd rather win with a crappy performance than (put in) a good one. But at the same time, it's a hard-fought point, two very good teams going at it. Toronto is a top team in the east and we knew it would be a fight. They had a couple of guys missing from their lineup, and we had a couple of guys missing from our lineup, but still, I thought we had a lot of opportunities, especially in the first half, to get the second goal. We talked a lot about that as a group, the importance of that in these big games. We didn't get the second goal, we let them hang around, and then one good chance in the second half, and then really what I thought was our first real mistake all game long, we got punished for it. Good teams will punish you for it, and Toronto is a good team." 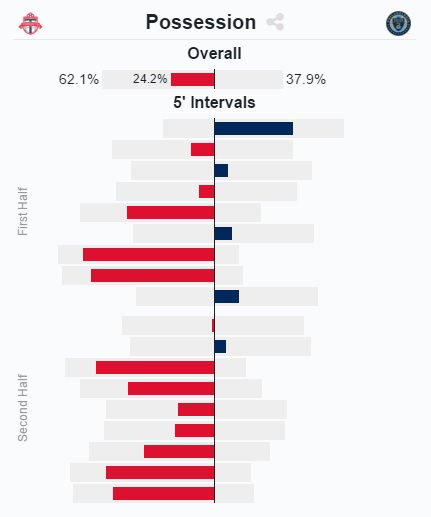 Curtin went for a protective lineup in this game, pairing Brian Carroll and Warren Creavalle in the defensive midfield. With Tranquillo Barnetta missing out through injury, Alejandro Bedoya played as a number ten for the first time this season.

The midfield shuffle provided additional cover for the Union backline, which struggled in the 3-1 home loss against Toronto back in August. Ken Tribbett, deputizing for the suspended Josh Yaro, played a relatively clean game with the duo of Carroll and Creavalle smothering Toronto buildup in the middle of the field.

"Toronto gave us a lot of problems in our building with their wide midfielders that really come inside," Curtin added. "They don't play wide. We wanted to clog the middle with two defense-first guys in Brian Carroll and Warren Creavalle. The heart of their team is Michael Bradley. He makes them go. It's no secret that he's a friend, except when we play them. We knew Alejandro would be up to the task of kind of following him all over the place and trying to cut out the heart of their team. I thought we did a decent job. We lost him a few times, but for the most part, that part of things worked. The idea of moving him to the 10 was twofold; he's a defensive-minded guy, but he also, in transition, can be dangerous when he runs with the ball. You saw him score a great goal tonight, but I thought his work defensively against Michael was important."

That "great goal" that Curtin is talking about should easily take home goal of the week honors.

Bedoya opened his Union account with an exquisite chip from outside the penalty area, delicately clipping the ball over Clint Irwin with perfect weight and technique.

"It feels great," Bedoya said of his goal. "Obviously, because of the injury to Barnetta, I was able to play further up the field and get more into the attack. It was one of those goals where, hey, I kind of even surprised myself. But Fabian got the ball in the middle, and he was able to turn and I was able to stay onside. When I got the ball I was just able to take a touch and turn and look up. It was one of those where the angle wasn't great to shoot straight, so I just went for the chip.