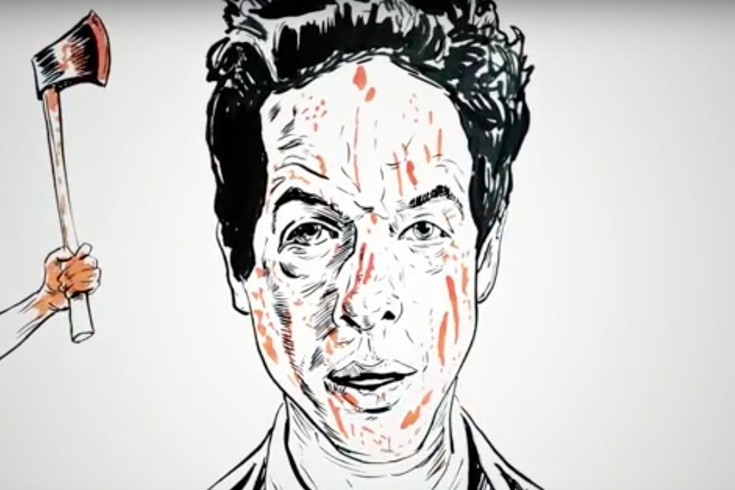 Artist's rendering of Dennis Reynolds from "It's Always Sunny in Philadelphia."

Fans of "It's Always Sunny in Philadelphia" are probably well aware that the FXX series' 12th season opened with a controversial bang last week. The gang "turned black" and cycled through the tunes of a musical that aimed to be topical without coming off as preachy, insensitive or serious – God forbid.

Glenn Howerton, the actor who plays Dennis Reynolds — relatively speaking, the most normal character on the show — opened up to The Guardian about the decision to take on the issue of race, explaining that it wasn't just "white dudes" who wrote the episode without any input from black thinkers.

What if Howerton's Reynolds is far worse than any of those odious qualities can capture? What if he's a deranged killer? With 12 seasons of dots to connect, that's the conclusion Uproxx has reached. Dennis Reynolds kills people and he enjoys it. The scary thing is, this actually makes some sense if you look at it closely.

According to Forbes, Howertown recently listed his four-bedroom Venice Beach home for sale at a price of $2.425 million.

What is he running from?