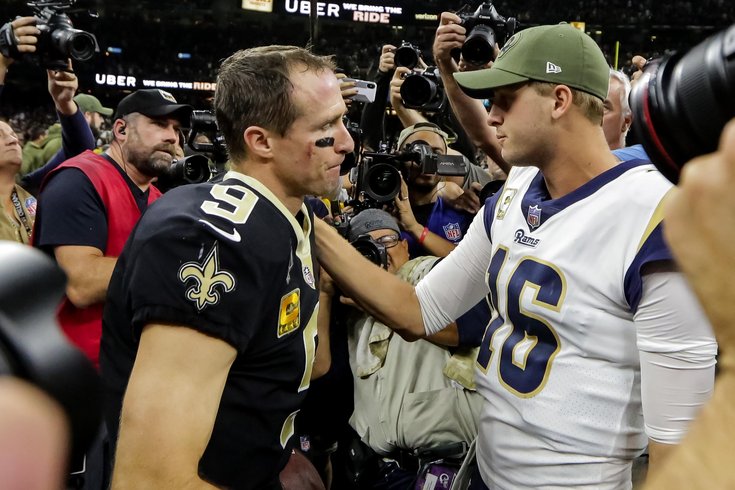 For the gambling degenerates, here are my Week 2 NFL picks. To note, the team logos indicate who I think will win the game, not cover the spread. At the end of the picks, I'll note a few teams that I like based on the spread.

Buccaneers at Panthers (-6.5): Jameis Winston has lost 12 straight road starts, and two additional road games in which he appeared, but didn't start. In Week 1 at home against the 49ers, he threw 3 interceptions, three of which were pick-6's. I like the Panthers' odds of making fewer mistakes.

Patri*ts (-19) at Dolphins: Maybe Antonio Brown is guilty of rape. Maybe he isn't. What seems pretty clear, either way, is that he's a horrible person.

Also, let's just go ahead and make the well-established point that the Patri*ts, in addition to having been caught cheating multiple times, also have enjoyed the advantage of playing in one of the worst divisions in sports for like two decades.

Cardinals at Ravens (-13.5): As you'll read at the bottom of the page here, I like the Ravens as a survivor pool pick this week.

Last week, the Niners played in Tampa, and have to play in Cincinnati Week 2. Rather than traveling all the way back to the west coast, the Niners will be staying in Youngstown, Ohio for the week. To that, I say to the Niners' beat writers:

Yes, the Niners play in San Francisco, one of the nicest areas of the country, where their beats get to live year-round otherwise, but shut up.

Vikings at Packers (-3): Now that the Packers have a road win over the Bears under their belts and people will begin to think they have a defense to go along with Aaron Rodgers, I plan on picking against Green Bay until everyone realizes once again that they're not that good.

Bills (-2) at Giants: In a weird scheduling quirk, the Bills are playing two straight games at MetLife Stadium, after having beaten the Jets there Week 1. If the Bills can win there again Week 2, they'll be 2-0 on the road this year. Trust me, the math checks out.

The Bills haven't had a winning road record in a season since 1999.

Seahawks at Steelers (-4.5): The Seahawks and Steelers both didn't look awesome Week 1, though at least the Seahawks were able to come away with a W over the Bengals. The Steelers, meanwhile, got embarrassed by the Patri*ts.

I don't think the Steelers are good anymore, personally. It just seems kind of odd to me to go, "Hey, they lost their two best players, but they'll be better off without those jerks." Surely, the losses of Antonio Brown and LeVeon Bell (even if Bell didn't play at all last year) will have an impact. Like last year, I don't think they make the playoffs this year, and, hell, let's just take the Seahawks to win outright.

Colts at Titans (-3.5): The biggest surprise (in a good way) Week 1 was the Titans' obliteration of the Browns. Still, there's just something about the way Frank Reich gets maximum effort from his players, who took the Chargers to overtime on the road Week 1.

Cowboys (-5) at Washington: Washington put up as good a fight as one could have expected Week 1, and they still lost comfortably. Miami aside, there's an argument that Washington is the worst team in the NFL.

Chiefs (-7.5) at Raiders: The Raiders were another pleasant surprise Week 1, but someone had to win that game. Oakland can't hang with the Chiefs.

Bears (-2.5) at Broncos: Mitchell Trubisky was... not good Week 1. I do expect him to be better Week 2, and the Bears' defense didn't show any signs of slowing down after losing defensive coordinator Vic Fangio to... the Broncos!

As for the Broncos, their 10:00 p.m. start against the Raiders Monday night was WAY past my bedtime, but apparently they looked awful. I'm not typically one to take others' word for it, but in cases where I really don't care I'll make exceptions.

Saints at Rams (-2.5): A season ago, the Saints' Super Bowls were against the Vikings Week 8 and against a crippled Eagles team Week 11. This year, their Super Bowl comes a little earlier in Week 2 against the Rams.

The Saints are awesome in games in which they feel the need to enact some sort of revenge, and less awesome recently in the games that actually matter.

Eagles (-1.5) at Falcons: Because Matt Ryan was the league' MVP in 2016, and because they had the No. 1 offense in the league that year, and because they nearly won a Super Bowl, many still think of the Falcons as a good team, self included, until I actually dug a little deeper on them this season. More recently, I had a moment of clarity. This team stinks.

Conclusion: When you stink in the trenches on both sides of the ball, you're going to stink.

Browns (-2.5) at Jets: This is a decent Monday night game between a pair of teams with beaten-down fan bases who desperately want their teams to finally be good again. One of them will be 0-2 after Week 2. The Jets blew a 16-0 lead at home Week 1 to a bad Bills team, while the Browns got blown out by a boring Titans team. Never have high expectations, Browns and Jets fans. You know better.

You can easily just take the Patri*ts here, seeing they're favored by almost 20 points, but I think this is a good spot to take the Ravens, a veteran defense that should be able to frustrate rookie quarterback Kyler Murray. As an added bonus, it's a west coast team coming east to play at 1:00 p.m. game. Save the cheaters for another week.

There are three this week. In real life: