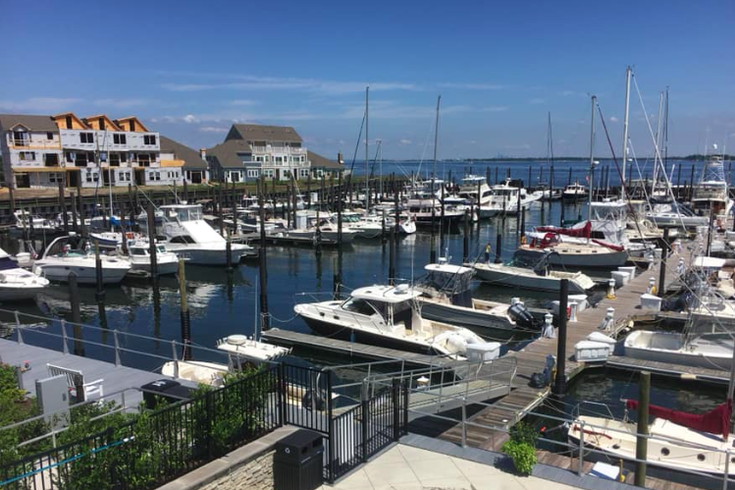 A baby minke whale died after becoming stuck in the Sandy Hook Bay Marina on June 23, 2019.

A juvenile minke whale died over the weekend after witnesses said the mammal got caught between the docks of the Sandy Hook Bay Marina.

The whale, one of the smaller baleen species, ventured into the marina around 1 p.m. on Sunday, according to the Asbury Park Press.

The captain of a local fishing charter noticed the whale in danger but couldn't prevent its death when its head became stuck in one of the docks.

"It was like beating himself to death," Scott Policastro, captain of the Jenna P Sportfishing, told the APP. "It happened right here in front of me. He was all bloodied."

Policastro shared a video of the incident.

The whale, which measured about 10-12 feet, was eventually removed from the dock with help from the Monmouth County Sheriff's Office, the New Jersey DEP's Division of Fish, Game and Wildlife, and the non-profit Marine Mammal Stranding Center.

Common minke whales are not an endangered species. They're frequently seen on whale-watching tours in the North Atlantic and are often considered less spectacular than humpback whales, for example, because they rarely breach the sea surface.