A nest was discovered at Gateway National Recreation Area on June 3; the first of eight Sandy Hook Beach Concerts had been scheduled for this weekend 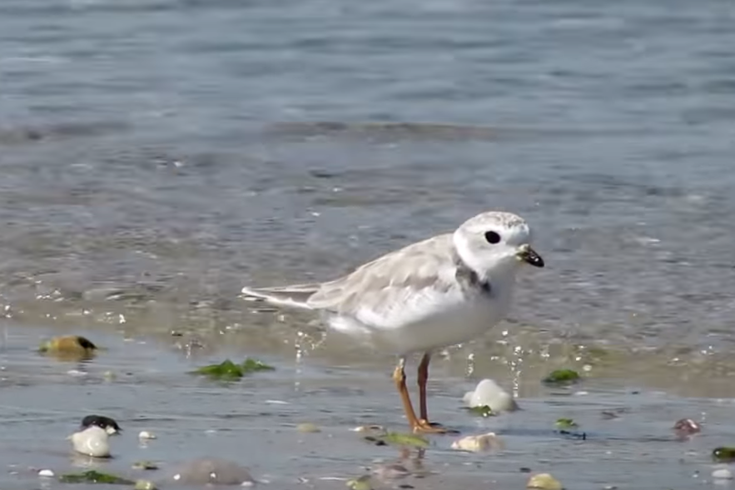 Pictured here is a piping plover, a threatened and endangered bird which often nests near sandy beaches and open waters. A nest of piping plovers was discovered at Sandy Hook's Gateway National Recreation Area in early June.

The annual summer concert series held at Sandy Hook's Gateway National Recreation Area has been canceled after a nest of piping plovers, a climate-endangered species of bird, was found on Sandy Hook's beaches.

The piping plover nest was found June 3 at Sandy Hook's Beach E, according to a release from the National Park Service, where the concert series is traditionally held. Last year, the Sandy Hook Beach Concerts series put on 10 free shows from early June through mid-August.

But noise disturbs piping plovers, and the U.S. Fish and Wildlife Service mandates no loud activities take place with six-tenths of a mile of a piping plover nest, according to the NPS. Because of the rule, the concert series can't go on.

“We want these special birds to thrive,” Gateway Superintendent Jen Nersesian said in a release. “The park did try to find an alternative location, but could not identify anything that meets the Foundation’s needs or the spirit of what this program has become. We are disappointed right alongside our visitors, but appreciate everyone’s support in helping to save a species on the brink.”

The piping plover is considered threatened and endangered because of human activity and climate changes, according to the National Audubon Society. They like to live near sandy beaches and tidal flats, and build nests in sandy areas near water.

The NPS says fewer than 1,900 pairs of piping plovers nest on the Atlantic coast; this year, nearly two dozen piping plover nests have been discovered in the Sandy Hook area.