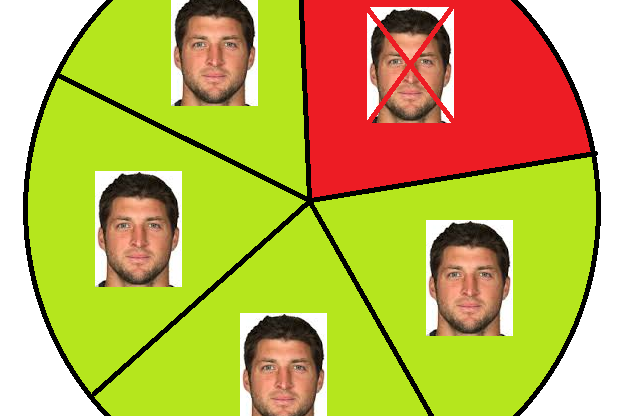 With the free agency period winding down, let's take a peek around and see what some outsiders are saying around the NFL. We'll begin with Dianna Marie Russini of NBC4 of Washington DC, who reported that the Eagles are trying to deal Matt Barkley, and if they do, it's Tebow Time!

Sources with the Eagles say they are trying to trade Matt Barkley. If he is traded, I'm told there's an "80% chance" they'll sign Tim Tebow

That report came a day after Chris Mortensen of ESPN had already noted that the Eagles would take whatever they can get for Barkley:

Eagles working out QBs - such as Tebow - should never be connected to Bradford rumors. Matt Barkley can be had for late draft pick, though. 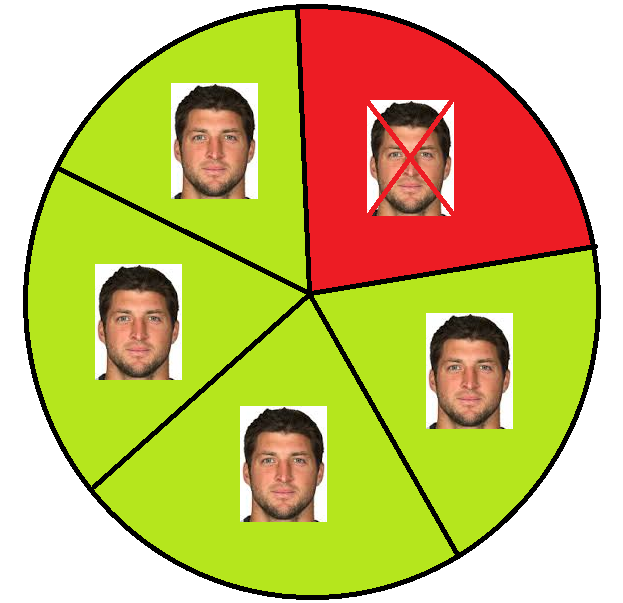 If you're a degenerate gambler, you can go here to place your bets, but here are the full odds:

• Chargers at 40/1: The Peytons could be in serious decline, which makes 40/1 juicy odds for the Bolts.

• Colts at 8/1: As long as Andrew Luck stays healthy, the Colts are a lock to win the garbage AFC South, which is half the battle.

• Lions at 33/1: The Lions lost Ndamukong Suh and Nick Fairley, which is likely why they're behind a team like the Giants, but they're being under-valued here.

Life in jail >>> Being a football player

There's a leader in the clubhouse for dumbest article of the year. That honor goes to Michael Rosenberg of Sports Illustrated, who took 49ers linebacker Chris Borland's early retirement as an opportunity to say that Aaron Hernandez may be better off being in jail than if he were still a football player:

To understand Chris Borland’s decision to retire, look across the country, at another prominent young former NFL player: Aaron Hernandez.
Hernandez is a year older than Borland. He, too, could be starring in the NFL next season, but he is in a Massachusetts courtroom instead, on trial for murdering his acquaintance Odin Lloyd. The trial is not going well for Hernandez, and even if he is somehow acquitted, he faces another trial for a separate double-murder case.
It sure looks like Hernandez will spend the rest of his life in jail.
And when he sits there, at age 50, he may be better off than if he had stayed in the NFL.

That is a hot take the sun would be proud of.

• We cracked the code on how the Eagles are going to get Marcus Mariota.

• We noted the players who have reportedly visited the NovaCare Complex for pre-draft visits.

• We examined if the Eagles are better or worse after the initial free agency frenzy.

• We put out a post-free agency mock draft.