What they're saying: LeSean McCoy uninterested in a pay cut 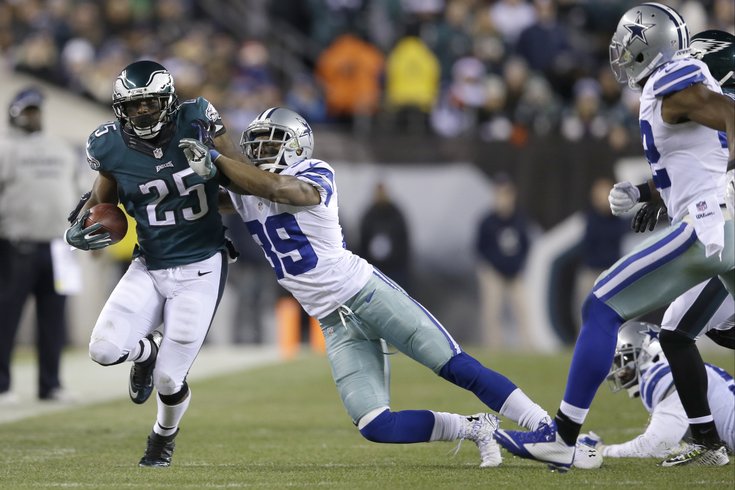 LeSean McCoy, like the rest of us, doesn't want to take a pay cut.

LeSean McCoy reiterated comments he made after the season that he would be willing to restructure his contract if the Eagles approached him. But the running back took a hard line if coach Chip Kelly, who has final say on all football matters, were to ask him to take a pay cut.

"I know how hard it is to keep a team together and I want to be part of this team. But I don't want to take less money," McCoy said. "I want to figure a way to make it happen [where] we're all together."

#JimmyNote: Think I may have more on McCoy next week.

Fanspeak 'On the Clock'

Want to waste the next few hours of your life? Yes? OK, well click the "On the Clock" link above and you can play Eagles GM during the draft. I did one for fun, and came home with the following groceries: 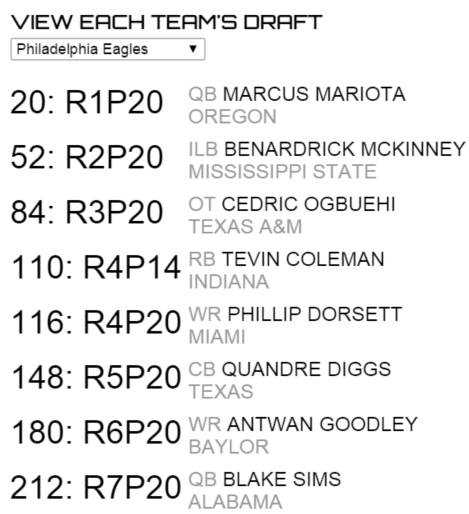 Boom. I just hope the Eagles got secondary help in free agency.

I think the best way to tackle the question is to dissect the good and the bad.

Let's start with the good. We rounded up a bunch of reaction yesterday, and plenty of informed people seem to have really positive things to say about Marynowitz. He's worked under guys like Nick Saban and Bill Parcells. And he seems to have a good reputation in the scouting community.

Because Marynowitz has already been here, he knows what Chip Kelly is looking for in players. He knows the Eagles' scheme. And he's informed on the current state of the roster. Considering we're approaching February, and free agency/the draft are coming up, those are all good things.

Everyone loves Ryans the person and the leader, but do the coaches really want him back? He’s aging, descending, expensive and coming off injury. Other than that…

If the coaches do want him, the first order of business would be getting him to take a pay cut. If his price comes down enough, bringing Ryans back might make a lot of sense. You could make him compete for his job. If he doesn’t win it, he would still have value as a leader and role player. That would be fine at the right price.

#JimmyShamelessPlug: Tommy offers some ILBs of interest within his post both in free agency and the draft, and a week ago, so did I!

Chip Kelly was scheduled to have dinner with LeSean McCoy, according to the Inquirer's Jeff McLane.

Chip Kelly is in Phoenix for Super Bowl week and is slated to have dinner with LeSean McCoy tonight.

LeSean McCoy didn't end up having dinner with Chip Kelly in Phoenix area.

Oh boy. What we do know though, is that Chip is in Glendale for the Super Bowl, which means we can update the #ChipTracker! 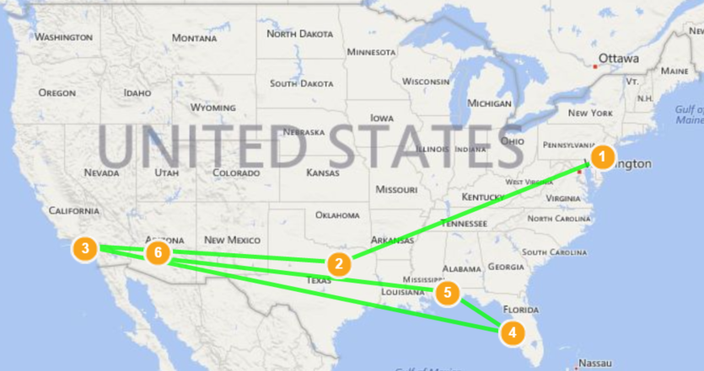 I'm sure Chip probably goes home in between trips, but...

Spread some love to the North, Chip.